Montreal police are investigating after they say a 16-year-old was shot by a suspect wielding an air gun near an elementary school in Anjou.

Officers say they received a call at around 1 p.m. reporting the shooting at Chenier and Saint Donat avenues near Chenier Elementary School.

The 16-year-old sustained injuries to his lower body. He was sent to hospital but his condition is not considered to be life-threatening.

Police believe the incident came after an argument between the suspect and the victim. 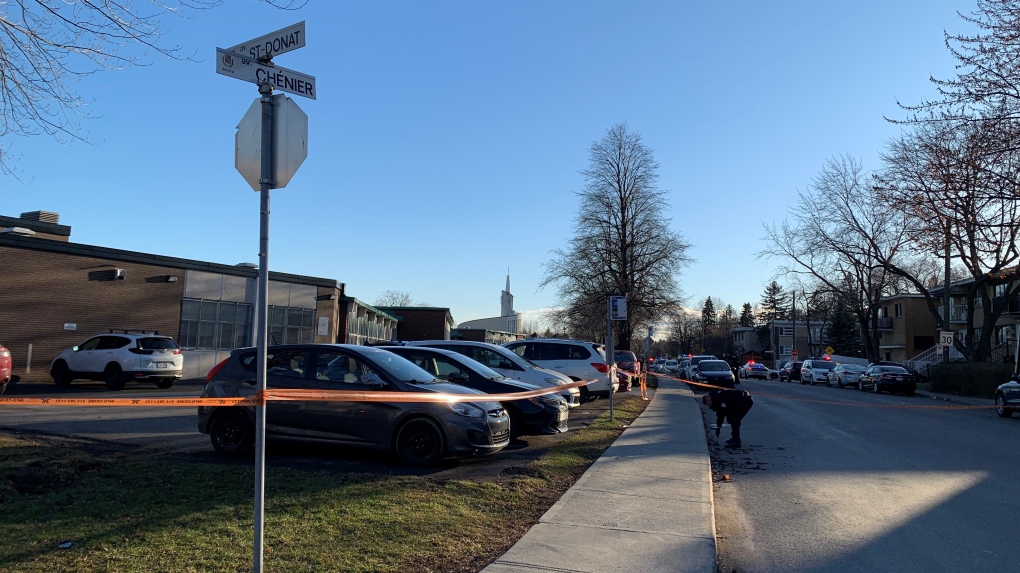 Police say the suspect fled the scene on foot. The shooting is reported to have happened after an argument between the suspect and victim. (Angela MacKenzie, CTV News)

The suspect is said to have fled on foot heading southbound on Saint Donat Avenue. Police say they are not aware of any other suspects.

The school was not put on lockdown, and police say parents do not need to fear for their children's safety.

Officers set up a police perimeter around the scene and the K-9 unit was deployed as police continued their investigation.