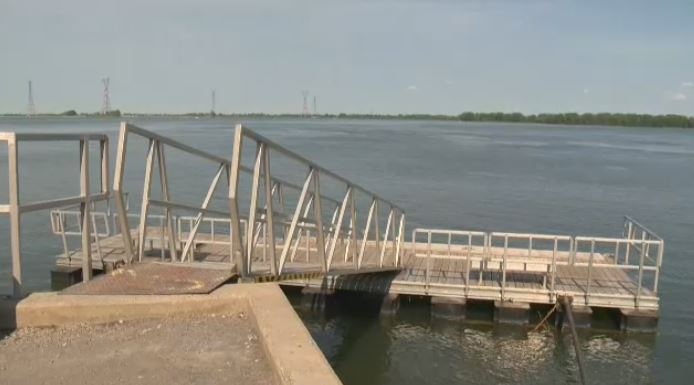 No signs indicating the dangers of swimming in the area are present.

In a statement to CTV News, Rivière-des-Prairies–Pointe-aux-Trembles officials said swimming is prohibited in public spaces in the borough, despite the dock at the park being a popular place to cool off.

“If there are no signs that say that you can swim in the area, swimming is prohibited,” reads the statement.

According to Shawn Mitchel, a frequent boater on the St. Lawrence River in the area, people swim at the park near the docks all the time. He admits to swimming in the area too, but Mitchel advised to take extra caution. The water is dangerous, he said, if people want to go swim have someone act as a look out, use a lifejacket or make sure there is a cord or a buoy close by.

“The kids swim here every day, seven days on seven, there is no surveillance,” said a woman familiar with the area.

“It’s very dangerous. The water looks calm, but when you go further into the water, it’s rougher, and under the surface it’s rough,”she said. “Kids come here around 8:30-9:00 p.m. at night.”

The 17-year-old was swimming in the St. Lawrence River with three other teens between the ages of 13 and 17 at the time of the incident. A passerby called 911 at 1:45 p.m. to alert them to the swimmer in distress. A team from the Montreal fire department reached the boy by boat and pulled him from the water. He died hours later in hospital.

The fire department said it was the first time they could recall an incident in the water off this location.

The borough tells CTV Montreal that it is waiting for the police investigation to determine the circumstances surrounding the drowning.