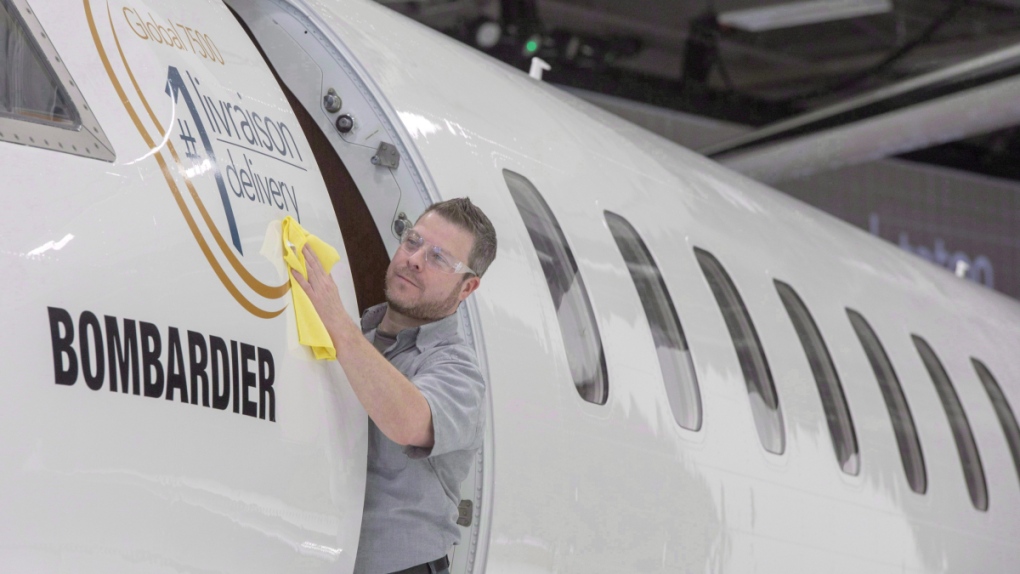 Bombardier Inc. has secured a long-term lease from the Greater Toronto Airports Authority for space to build its flagship business jet at Pearson airport, as the plane-and-train maker continues its shift toward private planes.

Preliminary work is underway at the new site in Mississauga, Ont., with production scheduled to begin in 2023, the company announced Wednesday.

The high-tech, $350-million plant would take over final assembly of Bombardier's Global business jet series, which is currently assembled about 20 kilometres away at the company's Downsview facility.

Bombardier says the one-million-square-foot factory will house thousands of employees who carry out highly skilled tasks such as attaching the wings to the fuselage.

About 3,000 employees work at Downsview, "so we expect the workforce to stay pretty much at the same level," chief executive Alain Bellemare said at the announcement at Pearson.

"This is a strategic move for Bombardier and a strong commitment to Ontario's aerospace industry."

The Global 7500, along with the new Global 5500 and 6500, come partly as a response to products from rival business jet manufacturer Gulfstream Aerospace Corp. as demand for the larger jetliners keeps rising.

Despite signs of economic turbulence on the horizon, business jet deliveries rose by more than 15 per cent to 515 worldwide in the first nine months of 2019, according to the General Aviation Manufacturers Association.

Bombardier has continued to ramp up production of the 7500, which is scheduled for between 15 and 20 deliveries this year and 35 to 40 in 2020. Only two of the ultra-long-range planes, which can fly from Halifax to Hong Kong, had been delivered as of Sept. 30, however.

He said Bombardier has diverted workers from the 5500 and 6500 to meet its goal.

"The good news is we now have people who are trained on the 55 and 65 who will now be trained on the 75 as well, so we can use them on all of our aircraft products," he said.

The 38-year lease at Pearson will allow for a plant the same size as Downsview's, minus the runway -- no longer needed with airport runways a few hundred metres a way, he added.

Last year Bombardier announced it would sell its Q400 turboprop business, which churned out up to 30 of the planes each year at its Downsview facility, to a subsidiary of Longview Aviation Capital for about US$300 million.

Bombardier also sold the property the Downsview plant sits on to the Public Sector Pension Investment Board, though it has a lease on the land until 2021, with a two-year extension option.

Navdeep Bains and Vic Fedeli, the federal and provincial economic development ministers, respectively, were on hand for the event, but no government funding is forthcoming for the project.