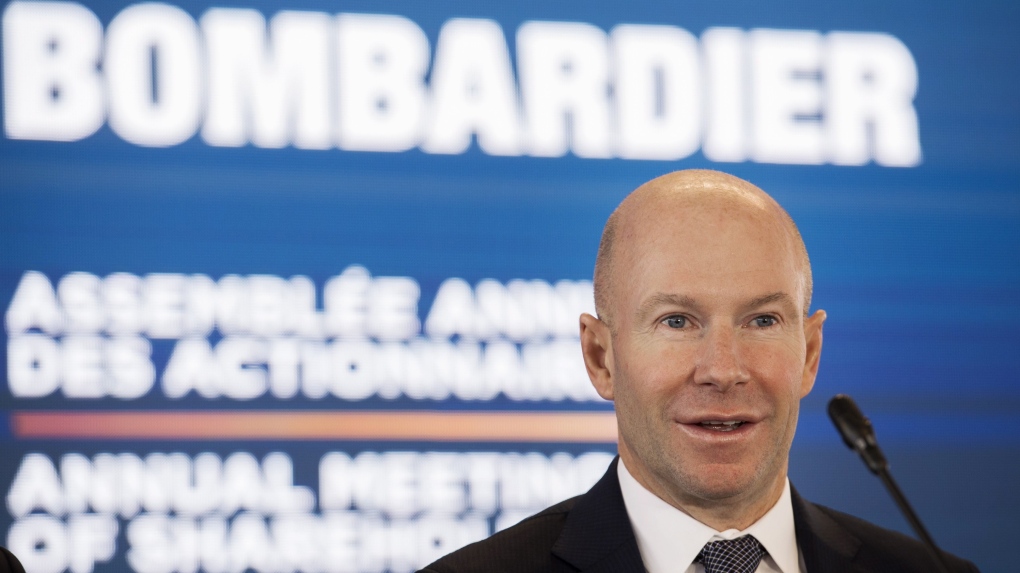 Bombardier President and CEO Alain Bellemare attends the company's annual general meeting in Montreal on May 2, 2019. THE CANADIAN PRESS/Graham Hughes

The deal would shrink the Montreal-based transportation company by more than half as it focuses solely on making private business jets.

If approved by regulators, the US$8.2-billion transaction will help Bombardier slash its hefty debt by nearly three-quarters to about US$2.5 billion, capping a five-year turnaround plan that has seen the company shed numerous assets, including its commercial airplane division.

Analysts Seth Seifman and Yilma Abebe of J.P. Morgan cited concerns about how a "pure-play bizjet" stock would fare.

"Currently, we think the equity market perceives bizjets as facing structural challenges and as unappealing from a growth perspective," they said in a research note.

Nonetheless, he views Bombardier as "well-positioned," with annual revenue of US$7 billion and a backlog of US$14.4 billion.

Bombardier shares fell as much as 13 per cent in afternoon trading before closing at $1.49, down 16 cents or 9.7 per cent on the Toronto Stock Exchange. The exchange was closed Monday for Family Day.

The acquisition by Alstom -- whose stock dropped more than three per cent Tuesday -- is expected to come under intense scrutiny from antitrust regulators in the European Union.

Bombardier said its net proceeds from the sale will be US$4.2 billion to US$4.5 billion, after adjusting for liabilities including pension obligations and paying the Caisse de depot et placement du Quebec for its 32.5 per cent stake in the train division, known as Bombardier Transportation. The proceeds include US$550 million worth of Alstom shares.

The deal makes the Caisse Alstom's single largest shareholder, converting the Quebec pension giant's investment in Bombardier Transportation into Alstom shares worth up to $3 billion, on top of an additional Caisse investment of $1 billion to hand it an 18 per cent stake in the Paris-based company.

The deal is expected to close in the first half of 2021 if it can overcome regulatory hurdles.