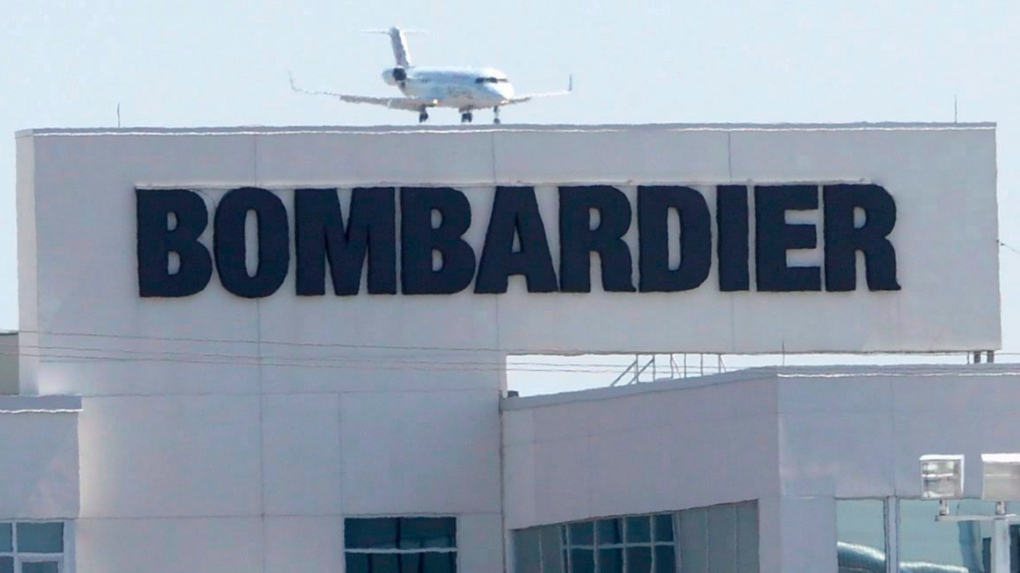 A plane comes in for a landing at a Bombardier plant in Montreal, Thursday, May 14, 2015. (Ryan Remiorz / The Canadian Press)

Bombardier says it's still looking for federal financial assistance despite forecasting strong earnings growth in 2017 and enough cash to achieve to its turnaround plan.

Chief executive Alain Bellemare told investors Thursday that the request made a year ago for US$1 billion in funding would add financial flexibility to manage unexpected risks or to develop its next aircraft program.

"Obviously things have changed a lot over the past 12 months so the discussions are taking a different path," he said during an investor day in New York.

In Ottawa, Prime Minister Justin Trudeau said he hopes to announce a decision before the next budget.

"We're working in a very productive manner with Bombardier," he told reporters. "Our government understands the extent to which the aeronautics industry is important to the entire country, not just Quebec."

With the focus on ramping up CSeries production, Bellemare said the company has not yet decided if its next aircraft program will be to develop a new business jet or a commercial aircraft.

Asked by an analyst if the Montreal-based company (TSX:BBD.B) planned to stretch the CSeries beyond 160 seats, Bellemare said the company is focused on ramping up production of the CS100 and CS300 to break even on the plane in 2020.

"In time we'll see what we do, but now is not the time," he responded.

While the company continues to search for new CSeries orders, there is no room to accommodate a large order until the end of 2019, added Fred Cromer, president Bombardier Commercial Aircraft.

After expecting to deliver just seven of the aircraft in 2016 because of engine supply issues, it anticipates shipping 30 to 35 of the planes next year, reaching a full run rate of 90 to 120 planes in 2020 with US$3 billion of CSeries revenues.

It anticipates delivering 135 business jets and up to 85 commercial jets next year, less than analysts were expecting.

Meanwhile, Bellemare said the company is not expecting any negative impact on its British operations from Brexit and is optimistic about the election of Donald Trump.

He said the new president-elect's approach could help to spur demand, especially for business jets.

Bellemare said painful restructuring and job cuts have put it on the runway to achieve solid growth in 2017 and its five-year turnaround plan.

The company announced two waves of jobs cuts this year to eliminate 14,500 employees and reduced its financial risk by growing its cash and credit to an expected level of more than US$4.5 billion in 2016.

"We have made huge progress in 2016," Bellemare told analysts. "Our turnaround plan is in full motion."

In 2017, consolidated revenue is forecast to grow by one to three per cent, driven by growth in the rail business and the ramp up of the CSeries.

Cash flow use is expected to improve and range between US$750 million to US$1 billion.

Earnings before interest and tax are expected to be in the range of US$530 million to US$630 million, which represents a year-over-year improvement of about 50 per cent at the mid-point of the range.

Industry analysts said the 2017 guidance announced after markets closed Wednesday was in line with expectations, but the profit margins in all four divisions is stronger than expected.

"Combined with a solid liquidity position and free cash flow expected to become break even by 2018, we believe Bombardier remains in a decent (and improving) operating position," analyst Walter Spracklin of RBC Capital Markets wrote in a report.