Bombardier's future in question after debt-reduction options being considered 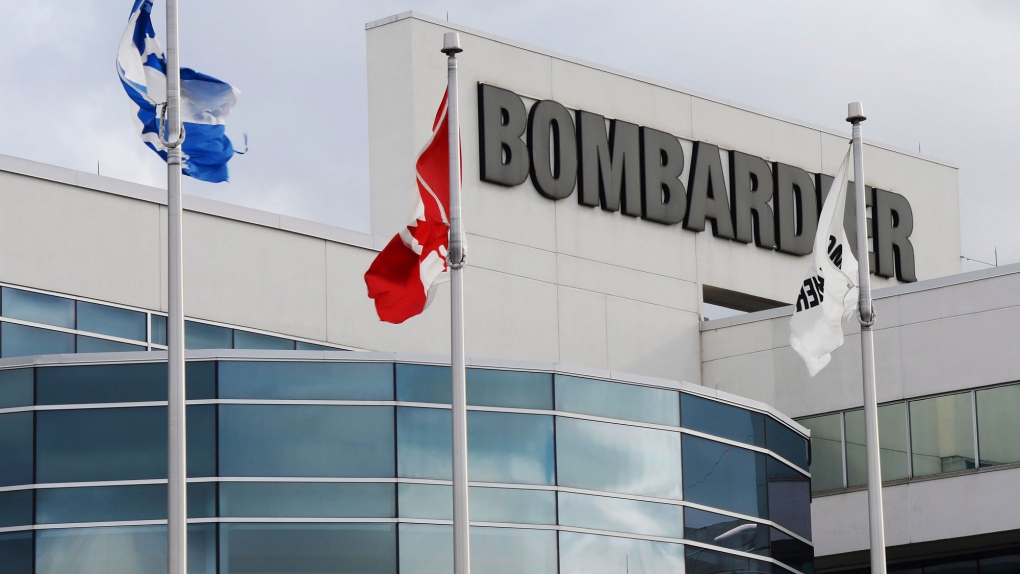 The future of Bombardier Inc. is being called into question after the company said it was actively considering alternatives to reduce its staggering debt.

After exiting the commercial aircraft business, selling its aerostructures unit and unloading a large tract of land in Toronto, the company said it is working to reduce debt and "solve its capital structure." Bombardier's long-term debt stood at more than US$9 billion as of Dec. 31, 2018.

"We are actively pursuing alternatives that would allow us to accelerate our debt paydown. The objective is to position the business for long-term success with greater operating and financial flexibility," it said in a news release Thursday that warned about weaker financial results for 2019.

What that means is unclear, says Walter Spracklin of RBC Capital Markets.

"The company's rather opaque language about accelerating its strategic review to 'solve' its capital structure will require further clarity," he wrote in a report.

The language suggests some urgency and not just pushing out debt maturities, added Seth Seifman of JP Morgan.

"This suggests to us the potential to pursue strategic options, including a breakup and sale of all or part of the company," he wrote. "It may include one or both of Bombardier's two major businesses: bizjets and trains."

Bombardier's shares plunged more than 30 per cent to their lowest level in nearly four years following its release which pointed to a possible withdrawal from a partnership with Airbus in the commercial aircraft previously called the C Series.

The company said its financial miss is mainly due to actions taken to resolve challenging rail projects, the timing of milestone payments and new orders and the delivery of four business jets slipping into the first quarter of 2020.

The stock was down 54 cents at $1.25 in afternoon trading on the Toronto Stock Exchange.

The Montreal-based company said it is reassessing its ongoing participation in the Airbus partnership about two years after giving up a controlling stake in the program to Europe-based Airbus SE.

While the A220 program is gaining orders as it proves its value, additional cash will be required to support the ramp-up of production, a delay in reaching break-even and lower returns over the life of the program, it said in a preliminary announcement of its fourth-quarter and 2019 results set to be released Feb. 13.

"This may significantly impact the joint venture value," Bombardier said, adding it will disclose any writedown next month.

Bombardier said it expects consolidated revenue for 2019 to total about US$15.8 billion and consolidated adjusted earnings before interest, taxes, depreciation and amortization of about US$830 million.

In October, the company, which reports in U.S. dollars, had said it expected revenue between $16.5 billion and $17 billion for the year and adjusted earnings before interest, taxes, depreciation and amortization between $1.2 billion and $1.3 billion.

The company said it expects to earn zero adjusted EBITDA in the fourth quarter on about $4.2 billion in revenues with losses in transportation offset by earnings in aviation.

A total of 58 aircraft were delivered in the fourth quarter and 175 for the full year, including 11 Global 7500s.

Industry analysts called the financial warning negative with some cutting their price target for Bombardier's shares.

"The key question is how much closer is the company to solving these issues, and what comfort can we get that new issues of similar scope and magnitude will not recur," added Spracklin.

The operational issues of transportation and update on the A220 are disappointing, said Benoit Poirier of Desjardins Securities.

"Nevertheless, we note that the value of the A220 program is not currently reflected in Bombardier's stock and therefore management's decision to review its strategic options for the program should unlock value through deleveraging -- even at a depressed valuation," he wrote.

This report by The Canadian Press was first published Jan. 16, 2020.