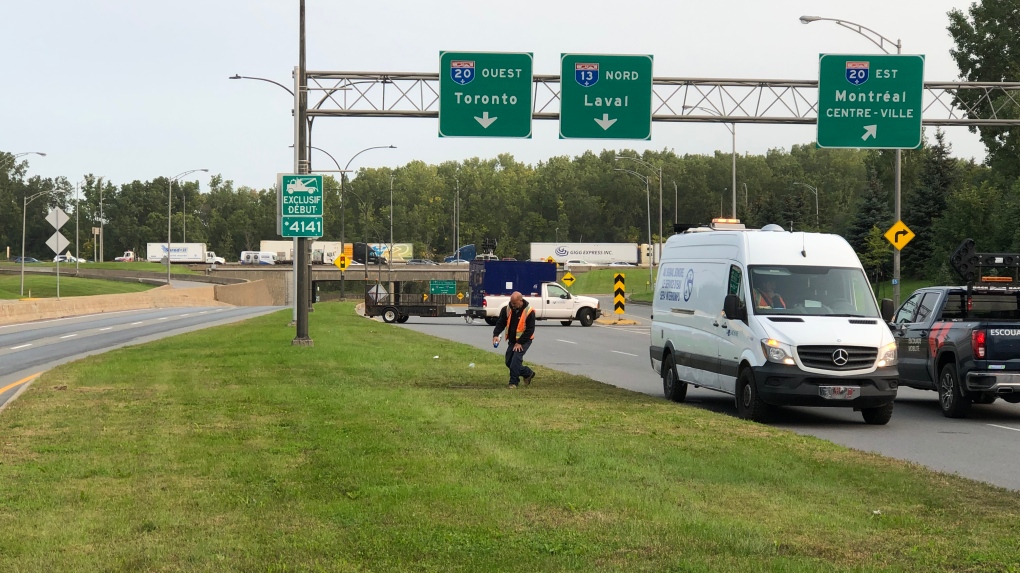 MONTREAL -- A boil-water advisory was lifted in Laching on Wednesday evening, two days after a water main break caused disruptions across almost the entire borough.

Lachine warned residents on Tuesday morning, through a tweet and a Facebook post, that they must bring tap water to a rolling boil for a full minute before using it.

The advisory applied to the whole sector except for the neighbourhood of Saint-Pierre.

The break happened overnight, between Monday and Tuesday, and led to the closure of a tunnel between Highway 13 and Highway 20 after a lot of water accumulated inside it.

The  borough said the notice was issued "preventatively" and that work was underway to fix the break. By about 7:30 a.m. Tuesday, the break appeared to have been capped and water had largely receded from the tunnel, but work continued.

On Facebook, some residents complained about about the lag time between the discovery of the break and the boil-water advisory, which only appeared around 10 a.m.

The borough responded that the city's water service workers needed to perform some checks before the advisory was issued.