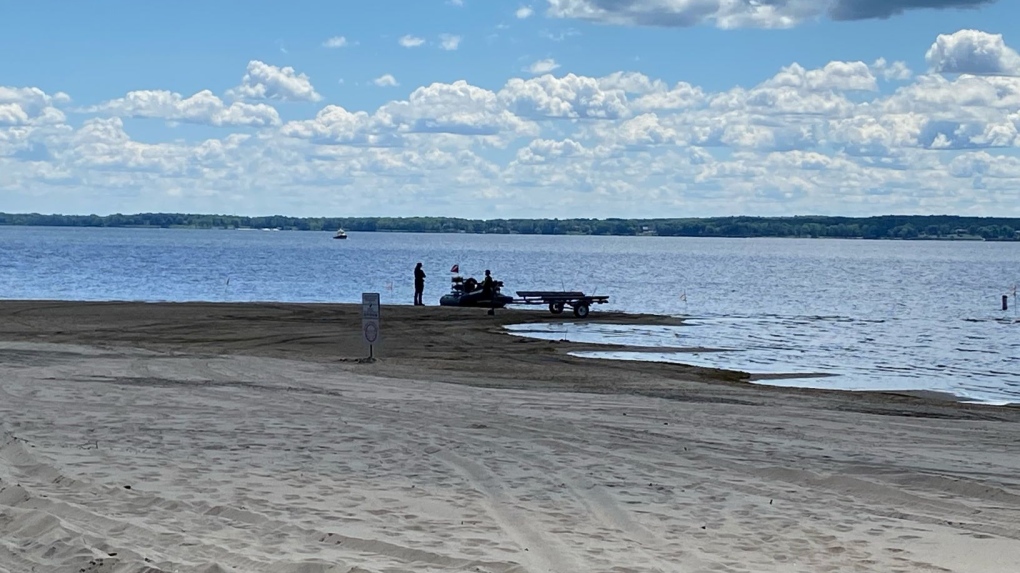 Police are searching Oka Beach for a 25-year-old Montreal man who has been missing since Sunday. (Ian Wood/CTV News)

MONTREAL -- The body of a man was recovered near Oka Beach on Thursday afternoon.

According to the Surete du Quebec, “everything suggests” the body is that of Joss Kavena Nzongo, the 25-year-old man who disappeared in nearby waters on Monday.

SQ divers have been searching for Nzongo since his disappearance. Police said they believe the death was a result of accidental drowning.

The provincial police thanked residents for “their numerous exchanges which, among other things, enabled investigators to meet the person who found the victim's personal effects and, thus, better direct land, air and nautical searches.”

An autopsy will be performed in coming days to confirm the cause of death.