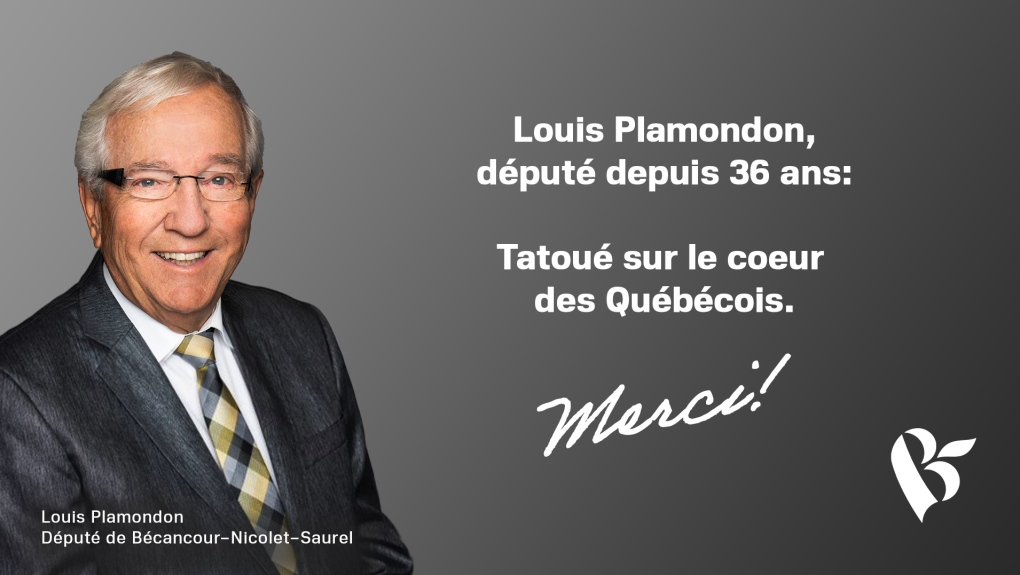 From Brian Mulroney to Yves Francois-Blanchet, Louis Plamondon has been a constant figure in Canada's House of Commons. SOURCE: Bloc Quebecois

MONTREAL -- When Louis Plamondon first took his seat in the House of Commons the Soviet Union existed, the Edmonton Oilers' dynasty was beginning and Cirque du Soleil was founded.

The Bloc Quebecois MP for Becancour-Nicolet-Saurethas has now been in office for longer than any French-speaking politician, having served his riding for 36 years, three months and change.

Plamondon spoke to CTV News about his life in politics, language, and Quebec sovereignty.

FROM PC TO BQ

Plamondon was first elected with Brian Mulroney's Progressive Conservatives in 1984 only to leave the party and form the Bloc Quebecois with leader Lucien Bouchard.

He has served as a Bloc MP from the party's highest points in 1993 and 2004 when it won 54 seats to its lowest in 2011 when it won just four, one of those being Plamondon's riding.

"I think it's because I do my job well," Plamondon said with a laugh. "I have a beautiful relationship with my riding."

Plamondon worked in community and economic organizations for two decades before deciding to join Mulroney's team in '84 which flipped the consistently-red Liberal riding of Richelieu on the South Shore of Trois Rivieres.

"My riding was Liberal since confederation," he said.

(The riding has changed its shape and name three times since 1984).

The closest anyone's come to unseating Plamondon was New Democrat Krista Lalonde who lost by just 1,341 votes during the NDP's orange wave in 2011.

"It was the first time that I was afraid," he said with a laugh. "But I was satisfied because I won with a big, big (orange) wave."

He said the secret to his success is being consistently present in his riding at events, sporting contests and community activities.

"Presence is very important for me and proximity to my constituency," he said. "That's why I always receive the support of the constituents... I think I do a good job and receive appreciation for that."

Plamondon said he always congratulates winning local hockey teams, stays in touch with organizations and said he takes just one week per year. 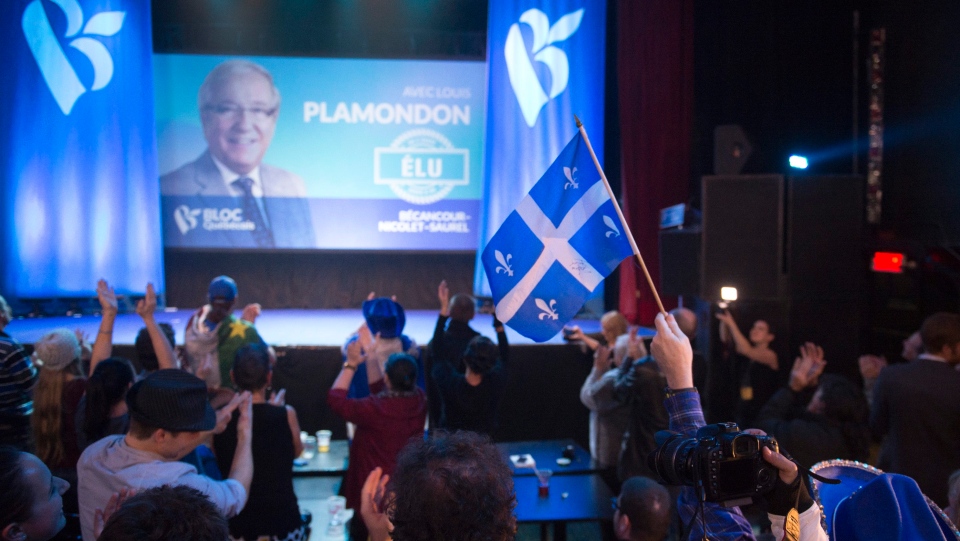 FRENCH LANGUAGE THEN AND NOW

Plamondon weighed in on the current French language debate, which he's seen go through many phases throughout his nearly eight decades.

He agrees with those who have warned of French's demise particularly in its most populous metropolis.

"In Montreal, it's in very big danger," he said. "I was in Montreal three weeks ago and in each business that I went, they spoke English with me first and often they had difficulty giving me an answer in French."

He does not blame English-speaking Montrealers for the plight of his mother tongue, but rather the reality of language demographics on the continent.

"It's in danger not because the anglophones are against us," he said. "It's because of the reality of North America."

Plamondon said American pop culture influence, as well as the prevelance of English in technology, has made it harder for French-speaking young people to stick to French.

In addition, he said a young French-speaking person's reality is much different than when he was a child.

"When I was 13, I went with my mother, at that time I was from Saint-Raymond-Portneuf, and my mother couldn't say a word in English and she was not able to go to the Bay or to Eatons," he said. "We went inside and looked, but all, all, all was only in English. She asked something in French and she received, 'No madame. It's a high-class place. Go to the east.' "

Plamondon said one issue that remains a problem for the sovereignty movement is educating the young generation about the struggle his generation went through.

"Law 101 was very important for the pride of the Quebecois, and the pride of French," said Plamondon. "The young population do not know this reality. They live internationally and that's why it's more difficult to inform them and bring them to a national movement for independence."

WILL QUEBEC BE INDEPENDENT?

Plamondon was a founding member of the Bloc Quebecois in 1991 with Lucien Bouchard and a collection of Torrie and Liberal members in Plamondon's riding.

The switch in parties did not affect his support as Plamondon easily won reelection in 1993 with 66 per cent of the vote.

"I kept my same vote with the Progressive Conservatives and le Bloc," he said.

He was in office when the "Oui" vote was narrowly defeated in 1995, and said the shift in attitudes is far from set in stone.

He said the rise of Francois Legault's CAQ party provincially stopped a lot of the sovereignty movement.

Plamondon sees the lack of reciprocation from Justin Trudeau's Liberal government to Legault may lead to more sympathy for an independent Quebec.

"Each time he asks something of Mr. Trudeau, he receives a lot of 'no.' After one mandate, he can't continue to always receive no from Ottawa and be a federalist," said Plamondon. "One day, we'll have to choose." 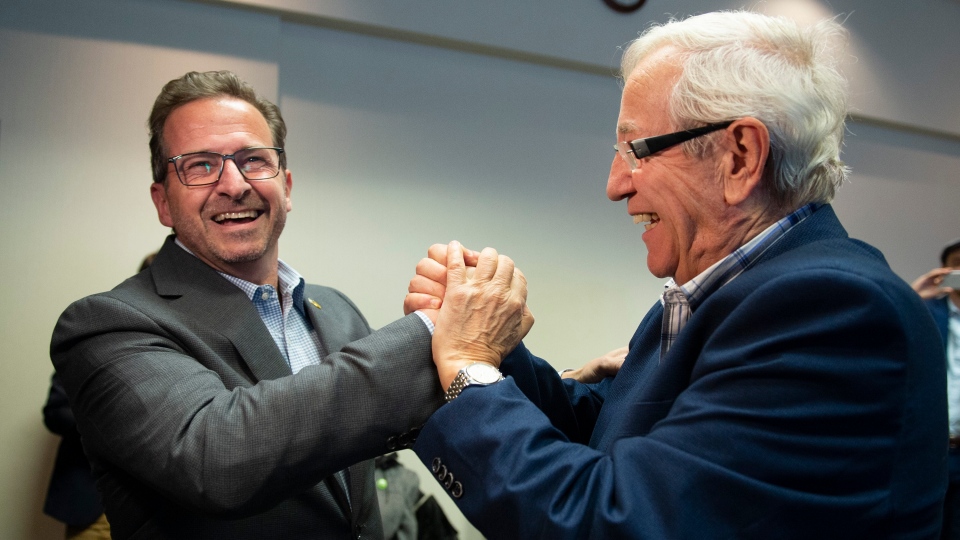 WILL HE BREAK THE RECORD?

Sir Wilfred Laurier holds the record for longest continuous service in the House of Commons with 41 years and two months.

Unless there is a drastic reversal in voter trends in his riding, Plamondon looks set to surpass Laurier's record sometime during the next mandate.

"I'm there for two or three more," said Plamondon, who will turn 78 in July.

"If Joe Biden won at 77 in the USA election, I'm able to win my riding," he said with a big laugh.