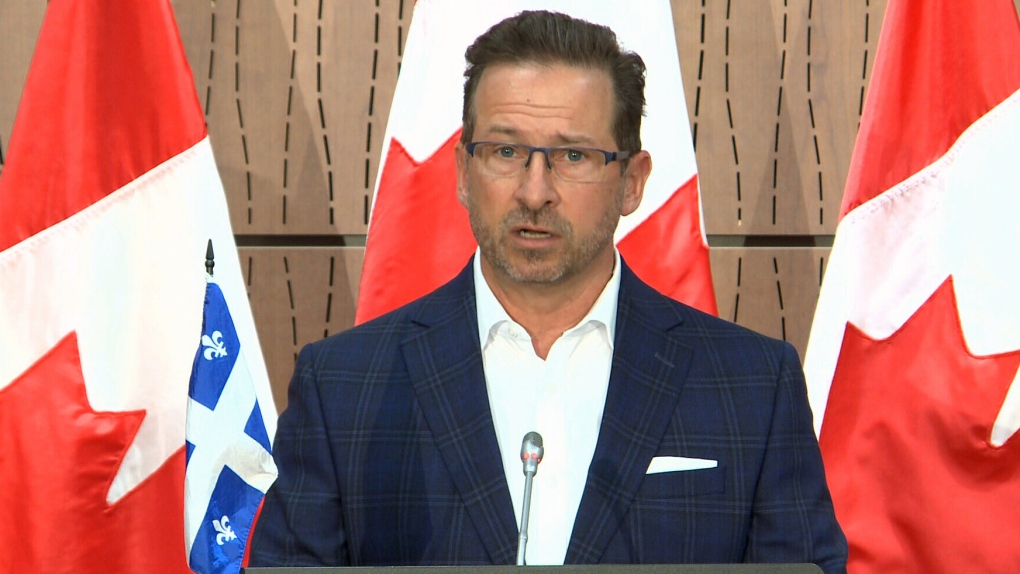 MONTREAL -- If a rumoured federal election is called, the Bloc Quebecois has its eyes set on Montreal as part of its strategy to send more MPs to Ottawa.

On Wednesday, party leader Yves-Francois Blanchet said his party is ready to start campaigning, despite having come out against an election being called. A day earlier, Blanchet said it would be “irresponsible” to send Canadians to the polls while the COVID-19 pandemic is still ongoing.

On Wednesday, Blanchet was in Montreal's Botanical Garden, the latest stop on his summer tour of the province. He said that should an election be called, he believes the Bloc will build on the 32 MPs elected in 2019.

In the previous election, the party had won only 10 seats. Quebec has a total of 78 seats in Parliament.

However, only one Bloc MP holds a seat in Montreal, with the rest of the island going Liberal, with the exception of Rosemont-Petite-Patrie, where the NDP's Alexandre Boulerice was re-elected.

Blanchet said it's crucial that Montreal be part of a federal voice on issues such as French language, freedom of expression and secularism.

The party leader introduced Shophika Vaithyanathasarma, a math and sociology student, as his candidate for Rosemont-Petite-Patrie, who will compete against Boulerice.