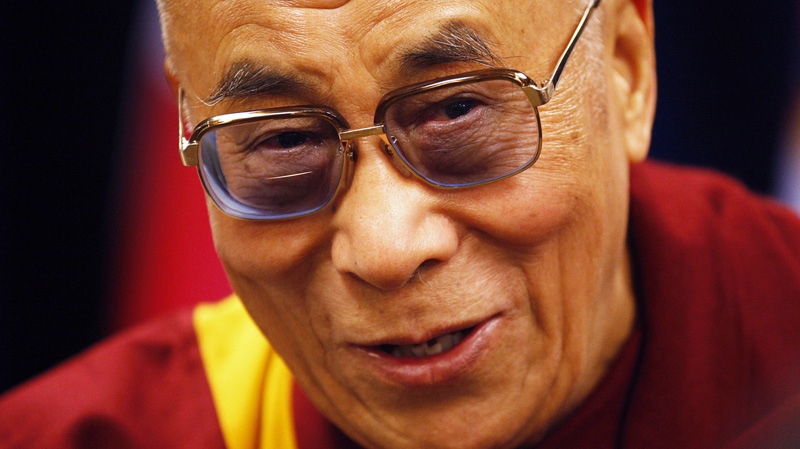 The Dalai Lama speaks at the 6th World Parliamentarians' Convention on Tibet in Ottawa on Friday April 27, 2012. (Adrian Wyld / THE CANADIAN PRESS)

OTTAWA - The Tibetan spiritual leader who's considered a dangerous separatist by the Chinese government in Beijing -- but an honorary citizen in Canada -- has apparently given his conditional blessing to Quebec independence.

The Dalai Lama was in Ottawa on the weekend, including a meeting with Stephen Harper in the prime minister's ceremonial office on Parliament Hill.

But he also met with the parliamentary group Friends of Tibet, including MP Maria Mourani of the separatist Bloc Quebecois.

Mourani says the Dalai Lama immediately went on to praise the European Union as a model of independent states working together for a common goal while agreeing to give up some of their sovereignty.

The Buddhist monk has been feted by successive Canadian prime ministers, Liberal and Conservative alike, much to the annoyance of Beijing, which has harshly repressed Tibetan autonomy.