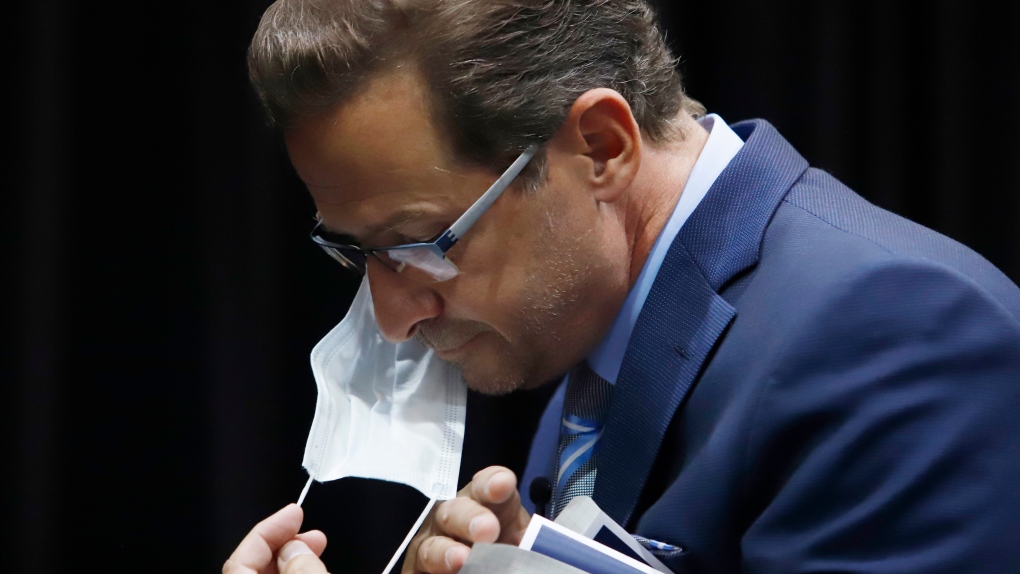 OTTAWA -- Dozens of people say Bloc Quebecois Leader Yves-Francois Blanchet has blocked them on Twitter after they criticized his statements about Transport Minister Omar Alghabra.

Richard Moon, a law professor at the University of Windsor, says it is credible to claim that Blanchet infringed the charter-guaranteed right to freedom of expression of those who can no longer see or comment on his tweets.

Moon says politicians use their Twitter accounts as a public political platform, so excluding someone from responding to what they say there over their political views could be a restriction on that right.

Duff Conacher, co-founder of Democracy Watch, says Blanchet's Twitter account is a public communication channel and he cannot decide arbitrarily to not allow voters to communicate with him there.

Ottawa Mayor Jim Watson faced a lawsuit in 2018 from local activists he had blocked on Twitter; the court action was dropped after Watson conceded his account is public and unblocked everyone he had blocked.

Blanchet has been a subject of criticism since last week after his party claimed a link between Alghabra and what a Bloc news release called "the political Islamic movement."

This report by The Canadian Press was first published Jan. 18, 2021.