Hospitalized Quebec woman, 83, wakes up with one ring missing and the other cut open

Maria Sousa, 83, was admitted to a Montreal-area hospital wearing her engagement ring, but it wasn't on her finger when she left.

Sousa, who has Alzheimer's, was admitted to Cité-de-la-Santé Laval in March, where her family says she was robbed from her bed.

But it's not only what was stolen that shocked Sousa's daughters, but how.

"This is beyond stealing," Coralie Maria Oliveira told CTV News. "Someone came in with a tool to cut my mom's ring."

But she woke up one morning to find the diamond ring gone and her gold band snipped open. The latter was still on her finger, with tape wrapped around the jagged edges where it had been cut. 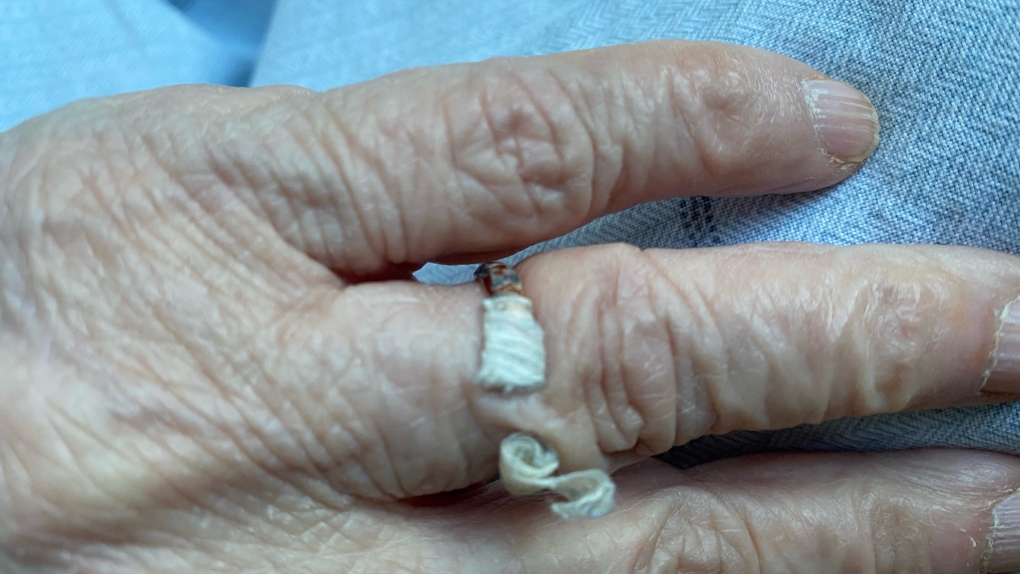 Tape was wrapped around the jagged edges of the ring, presumably to prevent Sousa from being cut. (CTV News)

Oliveira suspects a thief snuck in after her mother went to bed, using pliers to cut the gold band and get to the diamond ring behind it.

"My mom takes a pill to sleep and it really knocks her out," she said.

In Oliveira's view, the tape on the ring indicates a premeditated act.

"They had just put tape cause they figured, since it's cut, she's going to hurt herself," she said.

"This is something you plan ahead." 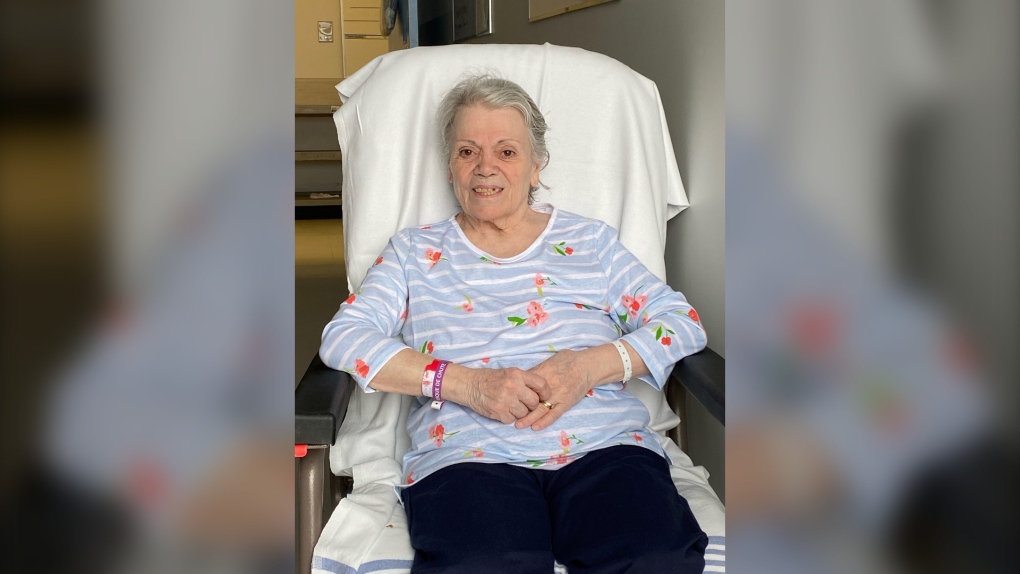 Maria Sousa, 83, woke up in her hospital bed one morning to find one ring missing and the other cut open. (CTV News)

Oliveira and her sister filed a police report, but what they really want is the hospital to take action, with more security measures to prevent this from happening to another patient.

Maria Sousa is now out of the hospital. Her husband — who gave Sousa the ring 57 years ago — can no longer care for her, and she's now living in a long-term care home.

Oliveira said the whole experience has left them feeling disturbed.

"It becomes more like an aggression, [it's] somebody who's sleeping and you're touching her. It's more than just stealing."