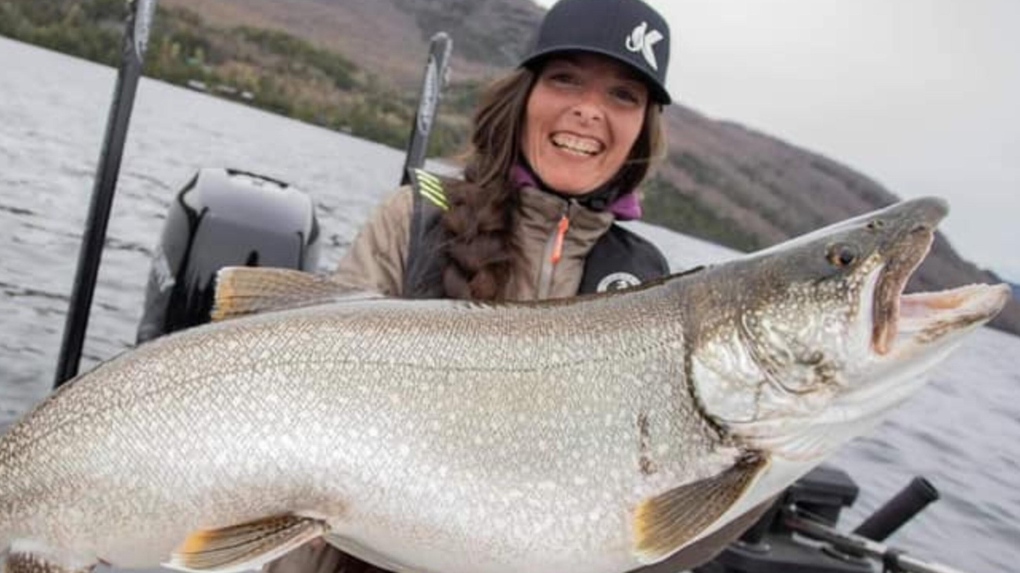 "It's like a monster. The stress was there, the emotion, everything," she said on Le Boost on 106.1 Énergie Tuesday morning.

It took Brunet-Vigneau and her boyfriend a little over 20 minutes to reel in her catch, measuring between 41 and 43 inches long.

"When the trout comes close to the boat, it's a crucial moment. The line broke when we were about to reel it in," she explained. "When [the trout] landed in the boat, we both screamed. I think the whole of Lake Memphremagog heard us."

Brunet-Vigneau says this was only the fifth or sixth time she's caught a fish on the lake.

Her boyfriend, who used to be a guide on Lake Memphremagog, says she's definitely very lucky.

"It's really incredible, it was an unexpected moment, " she said.

The couple says they released the trout back into the water.