Cannabis became legal in Canada four years ago, and while Quebec was slow to introduce edibles, a new selection of ready-to-eat pot-infused foods are now available.

The SQDC’s edible cannabis catalogue includes items like dried beets, cauliflower and figs – a notable departure from what consumers might expect to see at their local dispensary.

Unlike other provinces, which sell candy-like edibles, the sale of cannabis chocolates and gummies are off-limits in Quebec, because they could appeal to children.

But some fear that Quebec’s hesitancy to embrace candy and sweets-based edibles could backfire as weak competition to the black market.

“If we want to kill the black market, we do have to offer the consumer what they want,” said Pierre Leclerc, CEO of the Quebec Cannabis Industry Association.

He says that the SQDC’s collection simply can’t stand up to what might be offered on the street, or in other provinces.

“In my view, it won't appeal to anyone actually,” he said. “It's a first step, but we have to go way beyond that.” 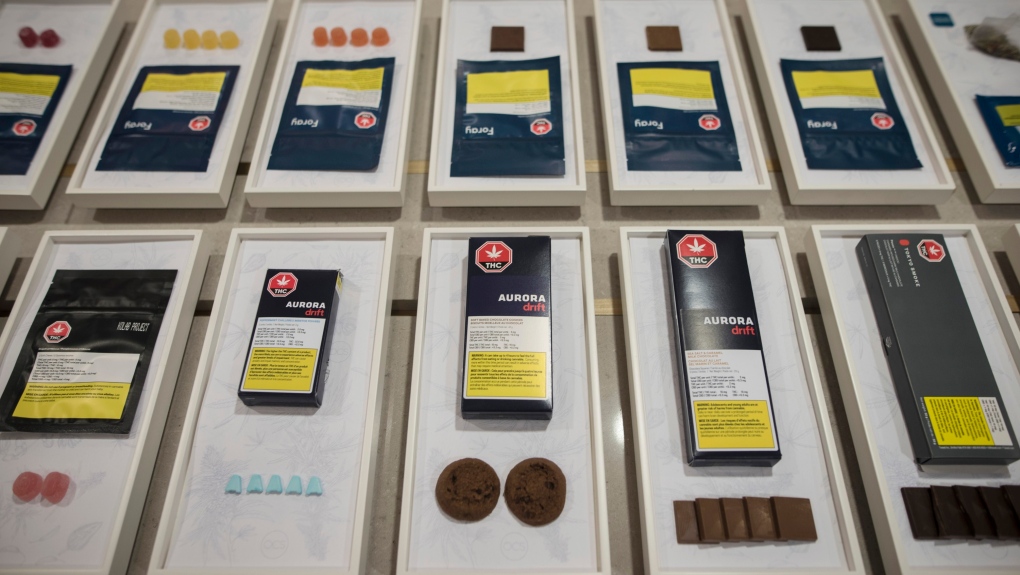 A variety of cannabis edibles are displayed at the Ontario Cannabis Store in Toronto on Friday, January 3, 2020. These sorts of sweets are not allowed to be sold in dispensaries in Quebec, because they could be attractive to children. THE CANADIAN PRESS/ Tijana Martin

When it comes to edibles, the lion’s share of sales are still going through the black market, according to food policy expert Sylvain Charlebois, who estimates about 80 per cent of sales are made through illicit channels.

He says that’s in part because of limits on how much THC legal edibles can contain. In Canada, cannabis food and drink products can't contain more than 10 mg of THC per package. Obviously, there is no such limit on what black market sellers do outside of the law.

In August, a study in the New England Journal of Medicine found cannabis poisonings in children after edibles became legal in early 2020 were twice as high in Alberta, BC and Ontario than they were in Quebec, which hadn't yet introduced edibles in stores.

But Leclerc says, given how many black market products are available with much higher levels of THC, it would make sense to have comparable products at the SQDC.

“Give the client the information,” he said, “and make sure the products that go into houses and streets are well controlled.”

BREAKING | B.C. reveals plan for decriminalization of small amounts of drugs for personal use

British Columbia is taking a major step forward in its fight against the province’s deadly overdose crisis by decriminalizing the possession of a small amount of certain illicit drugs for personal use.

Girl, 6, dead after accident at ski resort north of Montreal on Sunday