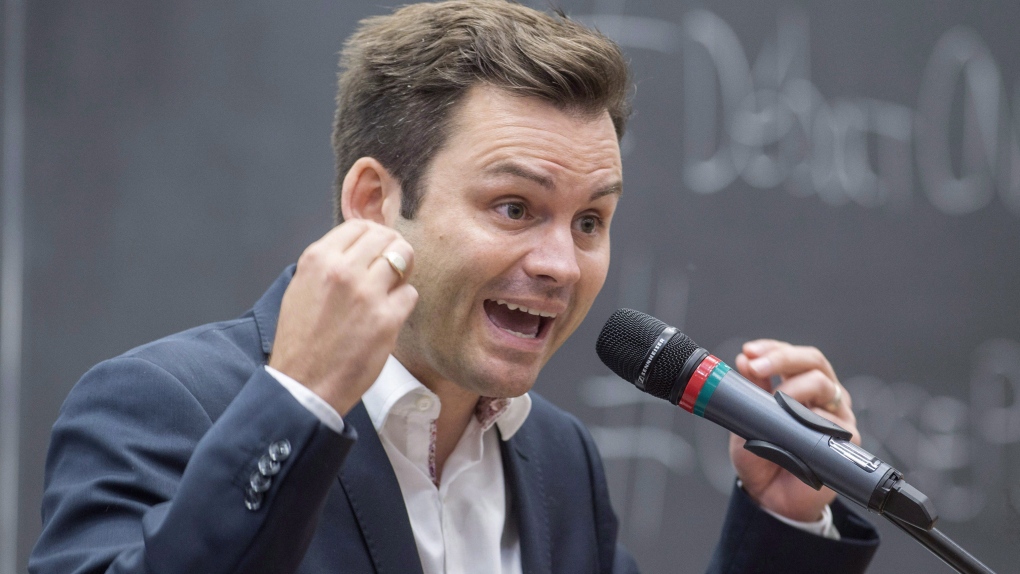 Candidate Frédéric Bastien accused his opponents on Saturday of leading the party to a loss by promising an independence referendum in a possible first term of a PQ government.

In front of the young PQ members gathered in congresses on the weekend in Montreal, practically all PQ leadership hopefuls made the commitment to hold a referendum if they take power in 2022.

Young activists, most of whom are pro-independence separatists, welcomed these commitments.

However, the historian Bastien said he is convinced that if the PQ promises a referendum in 2022, it will fail, as it did when former chief André Boisclair promised a referendum in a first mandate in 2007.

"We are going to fail as in 2007," he said. "History will repeat itself. We will find ourselves not learning from past mistakes. '

In 2007, the PQ finished behind the Liberal Party of Quebec and the Action Démocratique du Quebec, both in MNAs elected and in the popular vote.

Bastien predicts that all the opponents of the PQ will gang up on the party by using the referendum as a scare tactic.

In addition, he maintains that voters do not currently want a referendum.

He therefore believes rather that the PQ must present itself as the best defender of Bill 21 on secularism.

In contrast, comedian Guy Nantel, who was speaking for the first time to PQ activists since he announced his intention to run, specifically committed to organize a referendum in the first half of a possible mandate if he becomes premier.

For his part, candidate Paul St-Pierre Plamondon said he had been the first to make the commitment to hold a referendum in a first mandate, even if the proposal had been badly received at the start.

"I cannot tell you in which year the third referendum will take place, but I can tell you that it will take place," he said to the young activists. "And that day, we will be the fourth generation to fight. That's you, with the three previous generations being those who lived in 1980 and 1995 (the previous referendums)."

In his speech, St-Pierre Plamondon said that the main question of the current race was: who embodies the future of the Parti Quebecois?

He believes he is best placed to embody it.

"We are going to talk about ideas for three months, but the question of the ballot box is: who can rebuild the Parti Quebecois, which embodies the future of the PQ? This issue is fundamental. Who can speak as much to an environmentalist, who voted QS, as to a CAQ supporter, who is in fact a separatist, but who wanted to get rid of the Liberals?"

Finally, Nantel launched his proposal for free education up to the undergraduate university degrees if he is elected premier.

The PQ has often danced with this concept, especially after the student crisis of 2012, and former chief Jean-Francois Lisée reintroduced the idea shortly before the 2018 election campaign.

The race could soon officially introduce another contender. Lawyer Glorianne Blais said she would try to collect the signatures and the funding necessary to be on the starting line.

Currently, in addition to St-Pierre Plamondon, Nantel and Bastien, MNA Sylvain Gaudreault and businessman Laurent Vézina are in the race.

This report by The Canadian Press was first published Mar. 7, 2020.