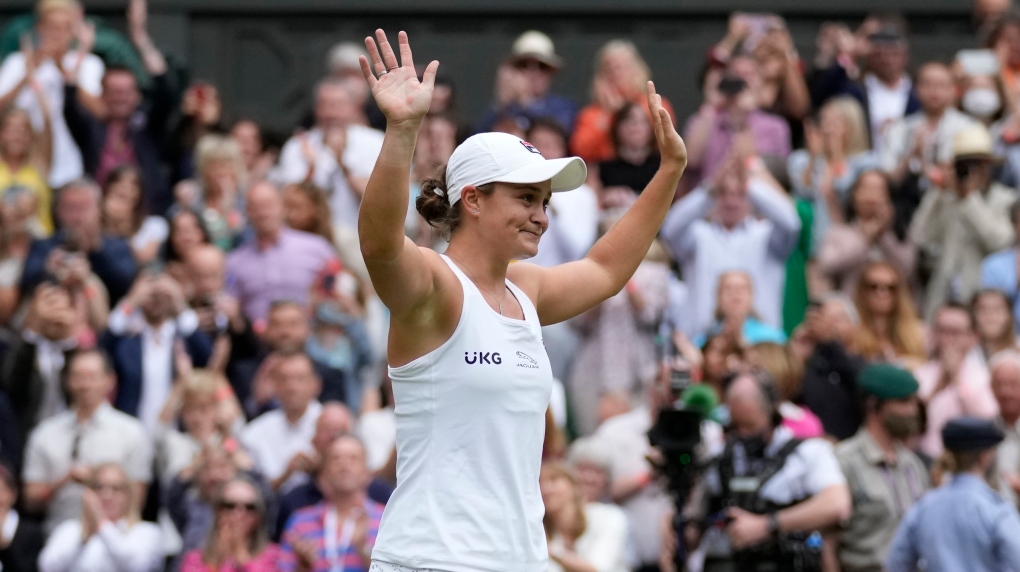 MONTREAL -- Number-one ranked Ashleigh Barty will not be in Montreal for the National Bank Open and neither will Angelique Kerber of Venus Williams.

However, Romania's Simona Halep will return to the game at the tournament, formerly known as the Rogers Cup, next month, Tennis Canada announced on Thursday.

Halep, who won the tournament in 2016 and 2018, will be participating for the ninth time. She's been sidelined since May with a calf injury. She will have a pass for the main draw.

“I can't wait to come back to Montreal,” she said. “I worked hard to be tournament ready in North America and that's why I'm delighted to accept this pass... Montreal fans always create an electric atmosphere and I was very happy to learn we will be able to count on their presence in the stands.”

The tournament will be held from Aug. 7 to 15 at IGA Stadium.

Halep's pass is only given to players who have been ranked No. 1 in the world, who were in the top 20 at the end of last season or who have won a major tournament during their career.

Two other passes will be granted to Canadian players while Laval's Leylah Annie Fernandez has already been given one.

However, Barty said she made her decision not to play “after having had a very busy scheduled for the past month.”

“I'm disappointed I won't be able to make it to the tournament this year but I fully intend to return to Montreal when the WTA returns in 2023.”

“They are exceptionally talented players and fans were eager to see them in action. On the other hand, we are very excited to count, once again, on the presence of Simona. We will have 18 top-20 players and an extremely strong roster.”

-- This report by The Canadian Press was first published in French on July 29, 2021.