MONTREAL -- Dogs and their owners gathered in DDO for the annual Bark 'n Brunch fundraiser that raised money for the Animatch Animal Shelter.

"We all get to take out lovely dogs and come here for a nice breakfast and share the room with everybody else and their dogs," said Bruce de Waele, owner of two Cavalier King Charles Spaniels.

The fundraiser was held at the Karnak Shriners Hall and last year's event raised $8,000 from people who've adopted animals.

The group has been operating for more than two decades.

"I think at the time, at the beginning, I was placing about 10 to 15 dogs a year, so we've grown since then," said Animatch founder Helen Lacroix.

Now as many as 400 dogs are adopted from Animatch annually. Staff, however, remind potential pet parents from adopting impulsively. 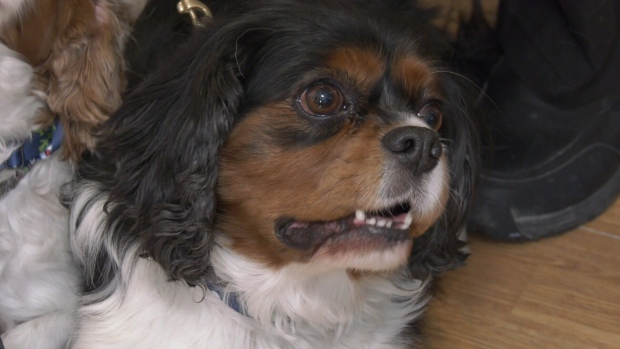