Baloney Meter: How meaningful is promise to ban face veils? 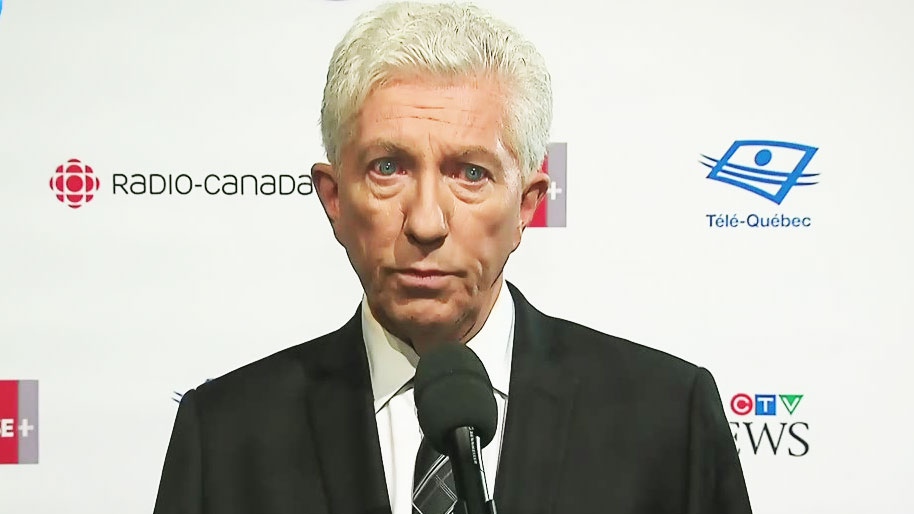 During a heated exchange in the first French-language debate, Duceppe said the Bloc would go much further than Stephen Harper's Conservatives have gone so far on the issue of Muslim women who cover their faces with a niqab or burka.

Harper has vowed, if re-elected, to introduce a law that would ban newcomers from taking the oath of citizenship with their faces covered. His government is already seeking leave to appeal to the Supreme Court a ruling that struck down a ministerial directive requiring new citizens to show their faces while taking the oath.

Now Duceppe says the Bloc would introduce a bill to ban veiled women from taking the citizenship oath, voting and providing public services.

His promise tacitly assumes that a Bloc bill could actually be debated and passed by Parliament and, if enacted, would stand up to the inevitable court challenge. Those are big assumptions.

Spoiler Alert: The Canadian Press Baloney Meter project is a dispassionate examination of political statements culminating in a ranking of accuracy on a scale of "no baloney" to "full of baloney."

This one earns a rating of "some baloney" -- it is partly accurate but important details are missing.

Since the Bloc is running candidates only in Quebec, it can't form a government. Thus, the only way the Bloc could introduce legislation is through a private members' bill.

Private members' bills rarely make it to the floor of the House of Commons, much less become law. Those that make it onto the Commons agenda are chosen by a draw and most of those never get beyond the initial debate stage.

Since 1910, only 278 private members' bills have been passed by Parliament, according to the parliamentary website.

Duceppe's proposed bill might stand a better chance of success if the Conservatives are re-elected, since they've demonstrated a similar desire to ban face coverings, at least during citizenship ceremonies and while voting.

But even should a Bloc bill pass Parliament, it would likely wind up being challenged as a violation of the Charter of Rights, which guarantees freedom of religion and equality before and under the law.

Prior to Thursday's debate, Duceppe suggested that the notwithstanding clause could be invoked, if necessary, to override the charter and impose a ban on face coverings at citizenship ceremonies. No federal government has ever used the controversial clause.

Constitutional law experts believe banning women from wearing veils while taking the citizenship oath or providing public services would almost certainly be struck down by the courts as a violation of religious freedom and equality rights.

"I think a ban on front-line public service workers would also be constitutionally problematic, for similar reasons, although a court may entertain arguments relating to job requirements a little more seriously than it would the purely symbolic arguments concerning the oath."

Ottawa University constitutional law professor Errol Mendes concurs: "If they didn't use the notwithstanding clause, it would almost certainly be struck down."

But here's the tricky bit: the notwithstanding clause can be used to override only some provisions in the Charter of Rights, including religious freedom and equality rights. It cannot be used to override democratic rights, including the right to vote. Since Duceppe's promised bill would include a ban on veiled voting, he could find the notwithstanding clause would be of no use to him.

"If the adverse effect was on voting rights, which is not covered by sect. 33 (the notwithstanding clause), it would fall," says Mendes.

Carissima Mathen, another University of Ottawa law professor, agrees: "I think you absolutely could make a separate (democratic rights) argument because the citizen is being deprived of her right to vote."

If the bill was limited to removal of face coverings for identification purposes before allowing a person to vote, Macfarlane said the courts might find that to be a justified limit on democratic rights.

However, it might be hard to justify requiring citizens voting in Canada to show their faces for identification purposes when Canadians abroad can vote by mail-in ballots -- with no way to verify the identities of those who actually mark the ballots.

The Harper government twice flirted with the idea of banning veiled voting but did not ultimately pursue the matter, perhaps due to the constitutional hurdles.

It introduced a government bill in 2007 which was allowed to languish on the order paper. Conservative MP Steven Blaney introduced a private members' bill on the same subject in 2011, which then-immigration minister Jason Kenney -- the same minister who subsequently issued the directive against face coverings at citizenship ceremonies -- called "entirely reasonable." It went nowhere.

Even if the notwithstanding clause did apply to Duceppe's promised bill, Mathen points out that its use would have to be approved by both the Commons and the Senate, so it's "not necessarily a slam dunk."

Strictly speaking, Duceppe's promise to introduce a bill banning face coverings during voting, citizenship ceremonies and the provision of public services is accurate. He didn't explicitly say it would be passed or enacted, although that was the obvious implication.

Given the procedural hurdles facing private members' bills, it's debatable whether such a bill would ever see the light of day. Were it to be passed, it's equally debatable whether it would stand up to a charter challenge or whether the government could invoke the notwithstanding clause to get around the charter.

For these reasons, Duceppe's statement earns a rating of "some baloney."