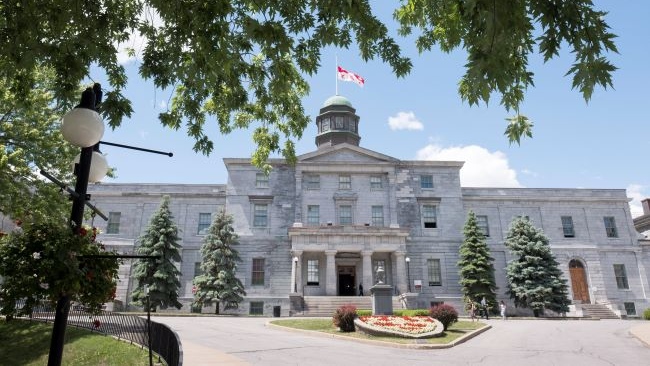 A national Jewish rights organization says it is funding a McGill University student's lawsuit against his school over what it says are "repeated anti-Israel referendums."

B'nai Brith said the Student Society at McGill University (SSMU) and Solidarity for Palestinian Human Rights (SPHR) groups — which are both named in the lawsuit along with McGill — endorsed a document that accused Israel of engaging in "settler-colonial apartheid against Palestinians" and that called for the boycott of all entities "complicit" in this activity.

"The document’s language was so broad that it would have compelled SSMU to boycott virtually all Jewish clubs and associations on campus," the rights organization said in a news release.

In March, the SSMU adopted The Palestine Solidarity Policy after a referendum with 71 per cent support.

B'nai Brith said McGill has continued to fund the SSMU despite previous assurances that the funding would stop if the student society participated in boycotts. The organization's legal defence program is exclusively funding the plaintiff in the lawsuit, a third-year Jewish student at the university.

In response to the lawsuit, the Canadian Foreign Policy Institute published a news release that called on McGill to protect students from B'nai Brith's "bullying."

"B’nai Brith can’t tell McGill students they don’t have the right to free speech on their own campus," said Bianca Mugyenyi, the institute's director, in the release.