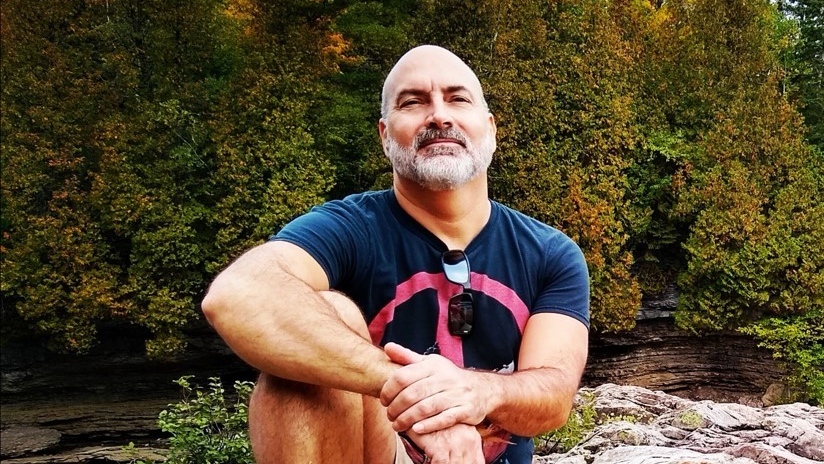 A Quebec author acquitted last week of child pornography charges in connection with passages in a horror novel says he -- and fiction writers across the country -- can "breathe again." Yvan Godbout is seen in an undated handout photo. THE CANADIAN PRESS/HO-Yvan Godbout.

A Quebec author acquitted last week of child pornography charges in connection with passages in a horror novel says he -- and fiction writers across the country -- can "breathe again."

"It's as if a huge weight has just come off my shoulders... I felt emotions that I hadn't felt for a long time," said Yvan Godbout.

He was charged last year with producing child pornography over sections of his 2017 book "Hansel et Gretel" that include scenes of sexual abuse of the brother and sister as children.

"Authors and creators will be able to breathe a little more and not feel like they have the sword of Damocles hanging over them," Godbout said in a phone interview.

Despite the relief, he said the anxiety of the past year-and-a-half still clings to him and his family, along with the attendant social stigma and financial toll.

He recalled the day of his 6 a.m. arrest in his bedroom in Quebec City in March 2019 as a "total shock" to him and his partner.

"I was completely naked. I had to go to the washroom, still nude, and the police stayed in the bathroom with me. It was a kind of nightmare."

Godbout opted to sleep in the basement for two to three months afterward, unable to relive the trauma that played itself over in his head when he entered the bedroom.

His editor Francois Doucet, who was acquitted of charges of distributing child pornography, said the court victory was bittersweet.

"It's completely abhorrent to be accused without proof," said Doucet, 63.

He has received death threats by email and social media. Initially one of his sons was mistaken for Doucet and arrested and handcuffed when his father was out of the country, Doucet said.

"I have another of my sons who tried to kill himself."

"Supermarkets took out my books. We produced 350 books a year... but we had to sell our land, our buildings," he said.

More than 40 employees lost their jobs.

"I wonder how much the federal and provincial prosecutors have read the Marquis de Sade," he said.

Godbout had argued that the author of a fictional horror novel that neither advocates nor counsels pedophilia should not see his freedom of expression restricted through criminal charges that carry a devastating social stigma.

He also argued that there is no evidence to show that such written works of fiction cause any harm to children.

At trial, Quebec's attorney general acknowledged a violation of Godbout's freedom of expression but argued it was justified in order to protect society's youngest and most vulnerable. All material depicting sexual acts with children is harmful, it was argued.

In a 55-page decision, Blanchard largely sided with Godbout.

While sexual material involving minors is clearly harmful, "the court believes we must distinguish between material that exposes a tangible reality, videos or photos or even drawings, from literary fiction," he wrote.

Blanchard noted the law was broadened in 2005 to include not just material that advocates for or encourages pedophilia, but any description of sexual acts with children, as long as the description is a dominant characteristic of the work of fiction and is done with a sexual purpose.

By that definition, the judge noted, some victims of sexual assault could not legally speak out about their experiences.

The province has 30 days to appeal the decision.

Godbout said he plans to start repairing his life before thinking about exercising his artistic freedom or seeking damages.

"For the moment, I'm going to focus on my family and me," he said.

"I was injured, but there is incredible and almost irreparable damage to my loved ones."

-- with files from Morgan Lowrie