Recall issued on smoked salmon sold in the Monteregie 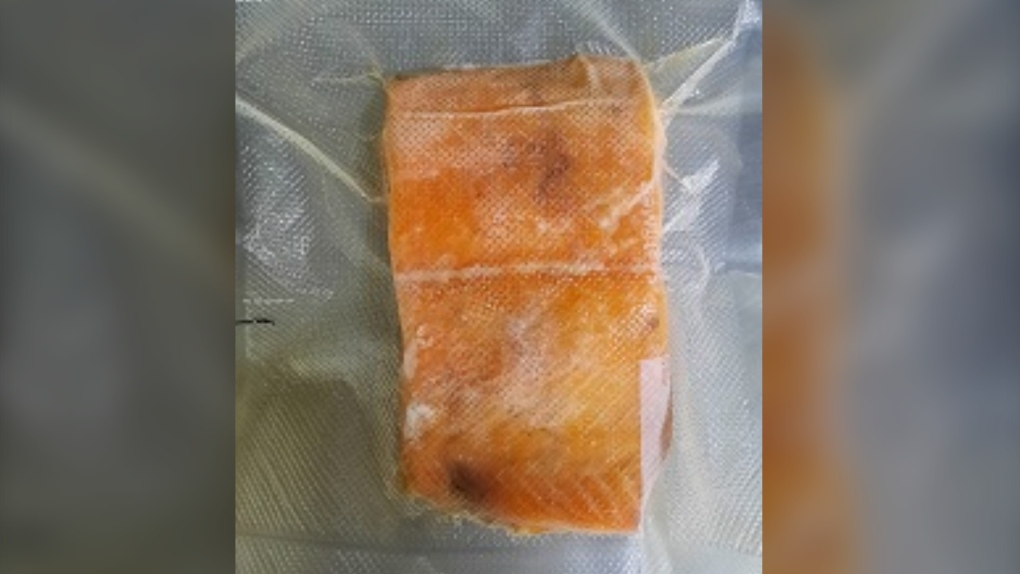 The smoked salmon was sold by Les Vergers Hillspring

MONTREAL -- Food safety officials have issued a recall on smoked salmon sold by a producer in the Monteregie -- unless the product was kept frozen at all times.

The salmon was sold by Les Vergers Hillspring at 1019 Rte. 202 in Franklin.

According to officials from the Agriculture, Fisheries and Food Ministry, the packaging on the maple and rum smoked salmon should have read "keep frozen until use." Anyone who purchased the product, which was sold until Sept. 22, and did not keep it frozen at all times should discard it or return it for a refund.

The smoked salmon was only sold at Les Vergers Hillspring, and was sold in a frozen state.

The product was packaged in a transparent bag and did not have a label.

The item should not be eaten as a precaution, even if it does not show signs of spoilage or have a suspicious odour, because health risks can be associated with eating it.

So far there have been no reported illnesses linked to this recall.