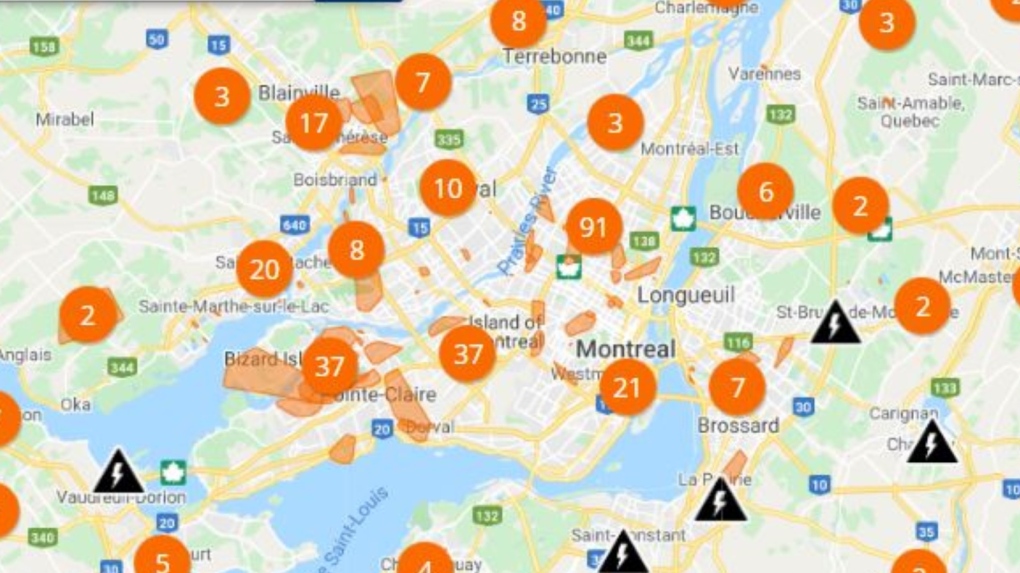 MONTREAL -- High winds are downing power lines across southwestern Quebec as wind gusts are reaching up to 70 kilometres per hour.

More than 110,000 Hydro-Quebec clients are facing a power outage across the province, the vast majority of them in Montreal, the Laurentians and the Monteregie region.

Hydro-Quebec said it has deployed teams to those areas to help restore electricity.

Wind gusts died down in the evening after forecasts of winds of 20 kilometres per hour and gusts up to 40 km/h.