MONTREAL -- The entrance to Mont-Royal Park from the west end of Montreal is about to get a major makeover.

The city announced on Friday a $52-million renovation project on the intersection of Remembrance Road and Côte-des-Neiges Road. Work is set to start this spring and will continue in phases until the summer of 2024.

The current configuration, consisting of two overpass structures built in the 1960s, make it a challenge to access on foot. Now at the end of their lifespan, the city plans to level the area and open up the space. 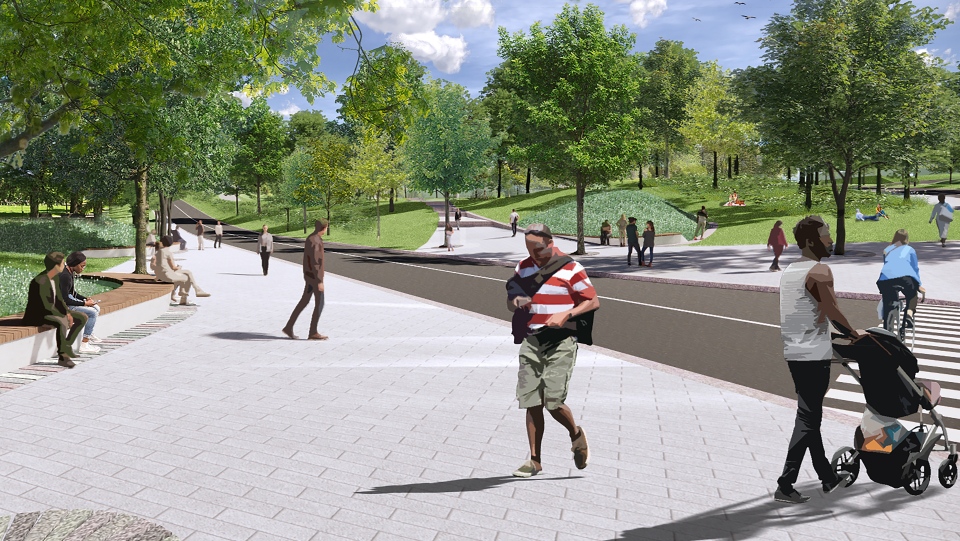 "Because we are redesigning this intersection, we are adding 20,000 square metres of new green space inside the Mont-Royal Park," said Sylvain Ouellet, the executive committee member responsible for infrastructure.

The new configuration will be a more traditional three-way-stop intersection with dedicated bike paths and crosswalks, providing safer access to the mountain for people living in neighbouring communities.

"The people living on Forest Hill and in the Rock Hill apartments, they need a secure access to the mountain," said Cote-des-Neiges councillor Magda Popeanu. 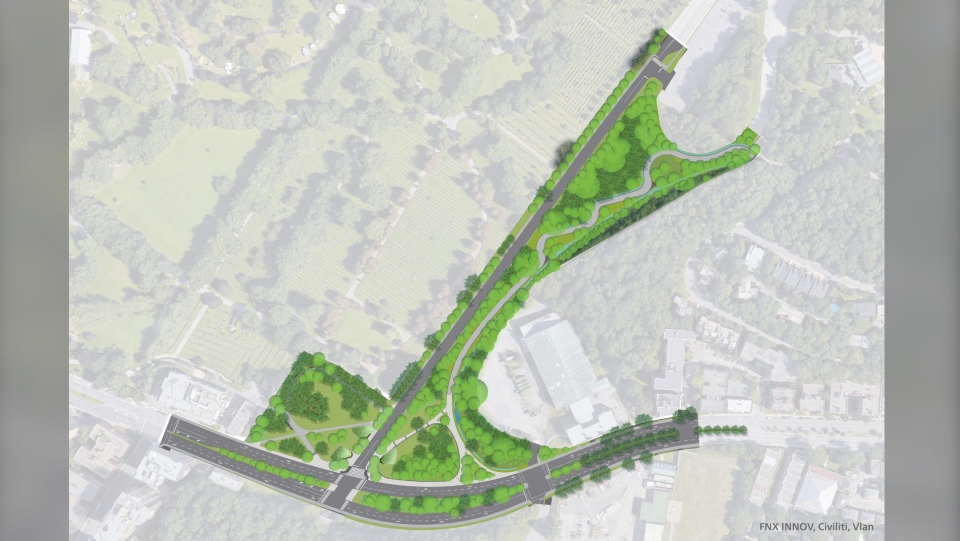 Ouellet said he hopes the project will have a similar effect on the area as the dismantling of the Park-Pine interchange had on the other side of the mountain.

"Right now it's beautiful," he said. "We have also new views to the mountain. It will be the same thing here."