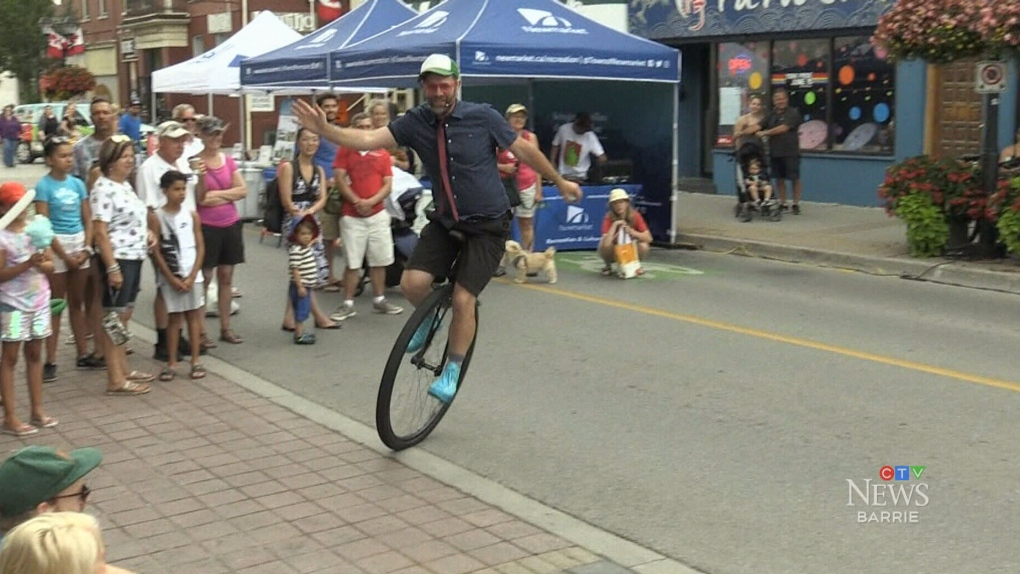 MONTREAL -- With most major events cancelled this summer, Montreal has decided to take art, culture and recreation to the streets.

Montreal Mayor Valerie Plante announced on Wednesday an initiative to host cultural and recreational programming on the new "Active and Safe Paths Circuit," the temporarily widened pedestrian thoroughfares, throughout the city's boroughs.

The city will showcase events in car-free areas while respecting COVID-19 social distancing regulations, it says.

These events, including 'cultural discovery surprises,' will also help keep parks from overcrowding and offer a financial boost to artists and cultural businesses, who will be paid with funding from the city, the Quebec government and the Montreal Council for the Arts.

"We've been working relentlessly and as quickly as possible to launch active and safe programming," said Plante. "We thought, how can we bring people out to discover the city differently?"

Submissions to offer this cultural programming will be received between June 15 and July 6.

"I want to thank all artists who gave hope to the population during these challenging times. Today the Conseil des arts de Montréal is pleased to announce a new program to support your work with the budget of $500,000," said Nathalie Maillé, director-general of the Montreal Council for the Arts, on hand for the announcement.

Businesses can expand their outdoor space (with permission of their neighbours) by up to 50 per cent. They will also be allowed to use the sidewalk and public areas without installing a platform.

"We want to make it as flexible as possible to support our local businesses," said Plante.

Boroughs will accept permit applications as of Thursday, and officials are expected to move quickly to stamp them.

"We hope a lot of people take advantage," said Plante, who said the outdoor terrasses won't be operational before June 22, as per the province's guidelines.

The city will be collecting data, including installing counters on bike paths, and studying urban transportation with three Montreal universities.

Plante also said the city is working with a universal accessibility organization to ensure that any issue with access for people with disabilities is spotted quickly and resolved.

"Though we're moving fast, we're able to adapt," she said, adding that the city aims to "identify issues that we can fix as soon as we can."