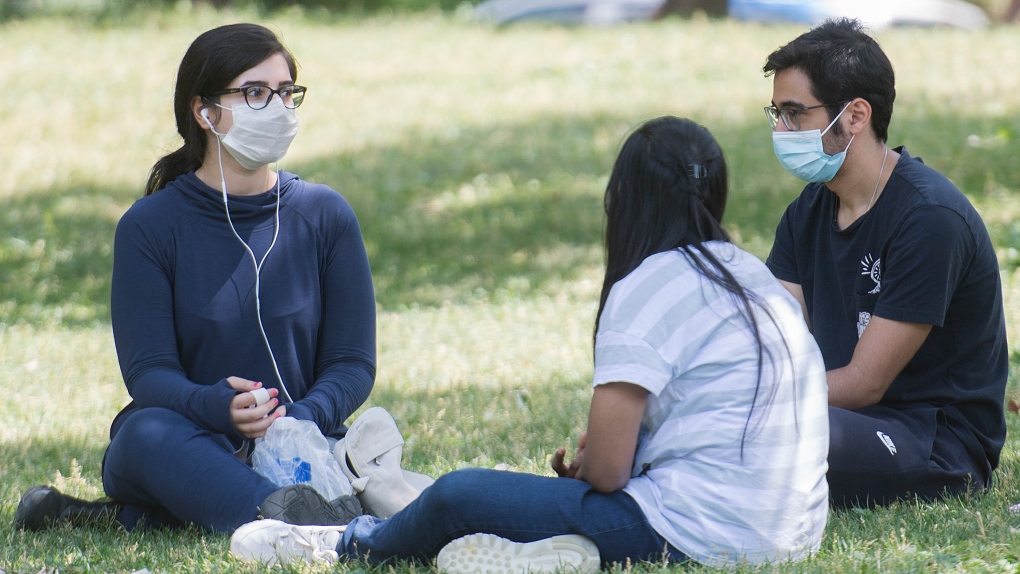 People wear face masks as they gather in a city park in Montreal, Wednesday, July 1 2020, as the COVID-19 pandemic continues in Canada and around the world. THE CANADIAN PRESS/Graham Hughes

After seeing fewer than 25 new cases each day in the first week of July, cases have been on the uptick since mid-July, topping the month at 101 on July 18.

Outbreaks in long-term care facilities have shot up over the past week. One week ago, Montreal public health officials reported 11 active cases in the city's public and private care homes – on Tuesday, they reported 45.

Cases among younger people are also on the rise. On Tuesday, public health officials reported 3,601 cases among people 20-29; five days ago it was 3,464, showing an increase of 137 cases. There were 3,661 cases reported among 30 to 39-year-olds on Tuesday, an increase of 70 cases since Thursday.