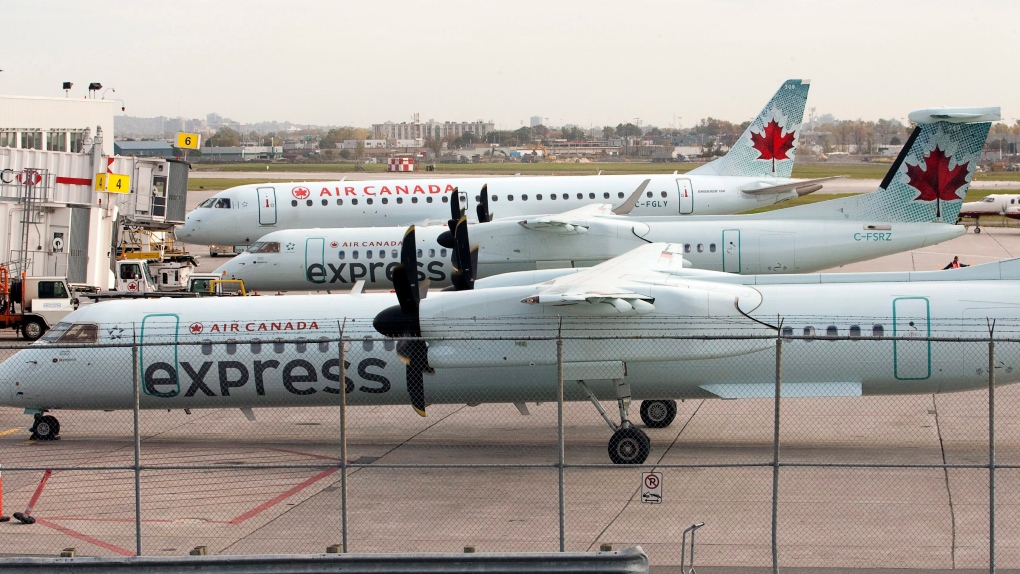 Air Canada planes line up at the terminal at Pierre Elliott Trudeau Airport on Wednesday, October 12, 2011 in Montreal. THE CANADIAN PRESS/Ryan Remiorz

MONTREAL -- Montreal's airport authorities are calling for a "gradual and targeted opening of the border" after releasing the latest airport traffic data and financial results.

The results are as dire as one might expect. There were a mere 156,000 passengers at Montreal-Trudeau International Airport in the second quarter of 2020, a 96.9 per cent decrease from the same period last year, Aeroports de Montreal confirmed.

Earnings (EBITDA, or earnings before interest, taxes, depreciation, and amortization) was negative by $26.0 million and dropped by $111.4 million, or 130.4 per cent, for the second quarter of 2020 compared with the same period last year.

"These second-quarter results reflect the devastating effects of the pandemic on the financial health of our organization and will have a definite impact on ADM's ability to deliver certain projects at our airport site, which are essential for the good of the community," said ADM president and CEO Philippe Rainville, who said it " would be timely to discuss a gradual and targeted opening of the borders."

"Thanks to proven sanitary measures, ADM and its partners, including the airlines, are well prepared to receive more travellers at YUL in a well-controlled environment," he said.