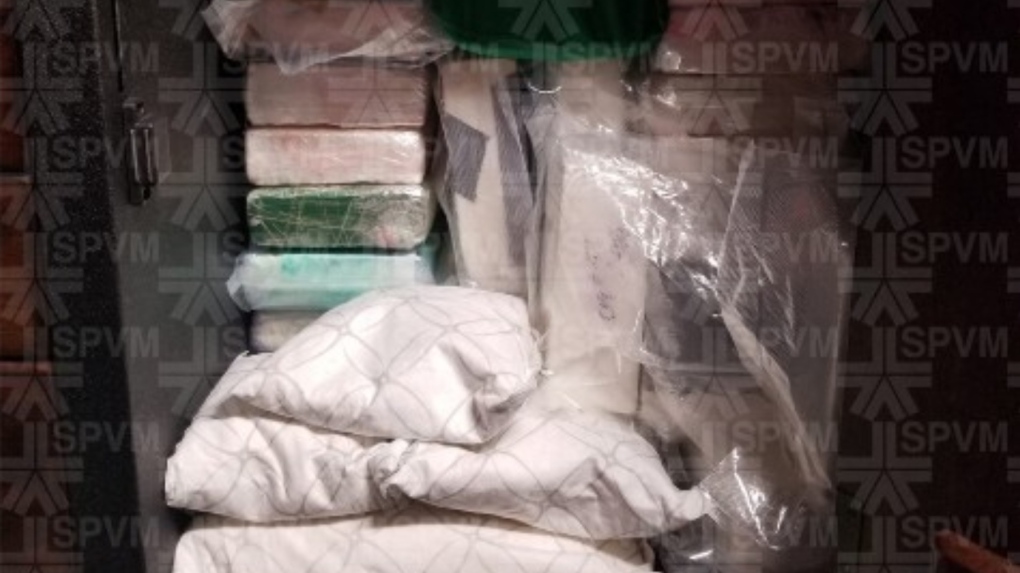 MONTREAL -- Montreal police say they have arrested five people in connection with a major drug seizure in western Montreal.

Investigators from the organized crime unit carried out 11 searches on Thursday in Côte St-Luc, Lachine and Pierrefonds-Roxboro, seizing 50 kilograms of cocaine and 49 kilograms of crystal methamphetamine.

Five suspects were arrested and appeared at the Montreal courthouse Thursday and Friday:

Anyone with information that could assist investigators can contact Info-Crime Montréal anonymously and confidentially at 514-393-1133 or via the reporting form available on infocrimemontreal.ca.

Police say they're offering rewards of up to $2,000 for information leading to the arrest of suspects.