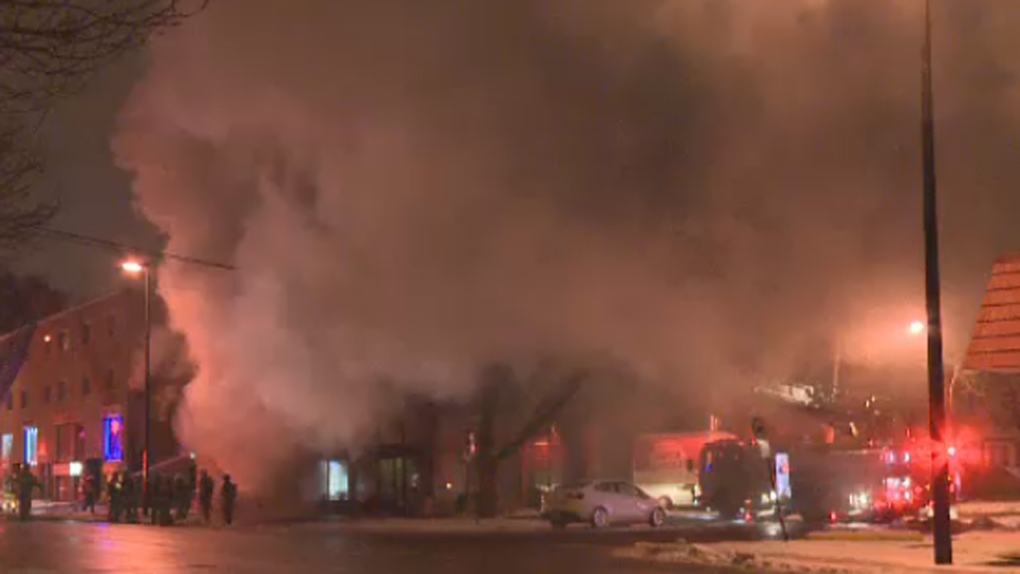 Smoke billows out of Fuego steakhouse on Cote St. Luc Rd. in what the arson squad has declared a suspicious fire (Dec. 2, 2013)

Around 40 firefighters were called to a suspicious three alarm fire early Monday morning at Fuego Steakhouse in NDG.

One firefighter suffered minor injuries putting out the blaze and was taken to hospital to be treated for undisclosed injuries.

Cote Saint Luc Rd. was closed for several blocks while firefighters did their work, and later while the arson squad investigated.

Firefighters said they found several signs that the fire had been deliberately set.