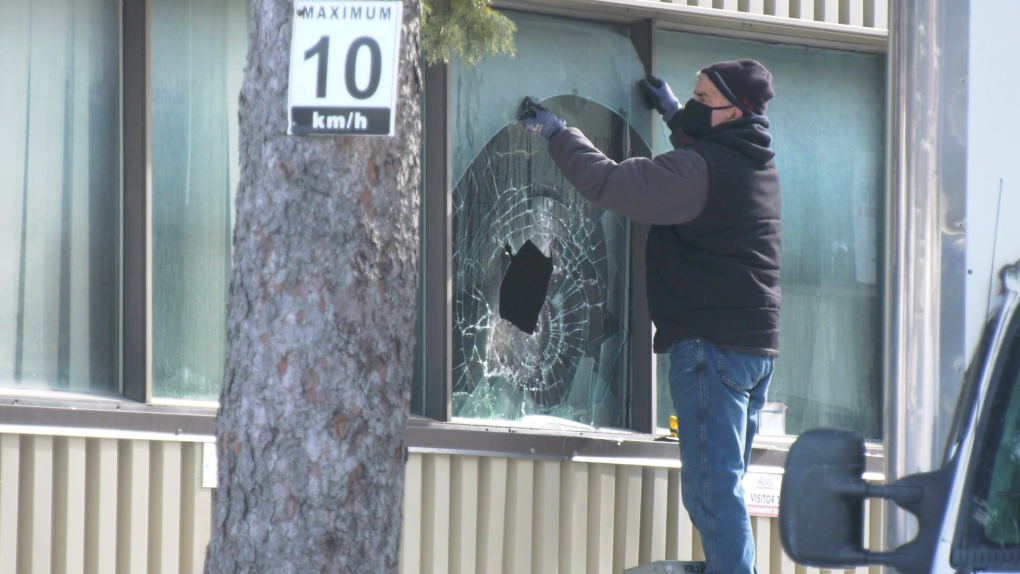 A Molotov cocktail broke a window but did not cause a fire on the interior of the Aviron Technical institute in Mont-Royal early Sunday morning. (Kelly Greig/CTV News)

MONTREAL -- The Montreal police (SPVM) arson squad is investigating after firefighters discovered an incendiary object at the scene of a fire at a training facility in the early morning Sunday.

Montreal firefighters (SIM) paged the police around 5:45 a.m. to respond to the Aviron Technical Institute on Royalmount Ave. near Royden Rd. in Ville Mont-Royal.

SPVM spokesperson Veronique Comtois said the fire remained on the exterior of the building and firefighters were able to quickly get it under control.

"The damage inside is more from smoke," said Comtois.