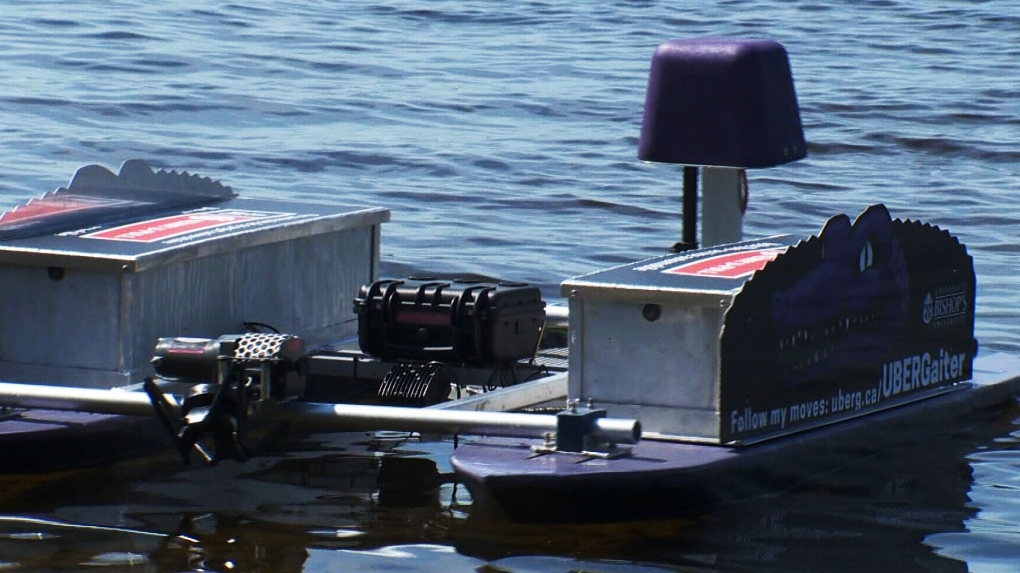 The UBERGaiter aquatic drone developed at Bishop's University is part of an effort to identify invasive plants in Quebec's lakes.

A research team is working on a new way to protect Quebec's lakes from invasive plant species.

The UBERGaiter, a marine drone designed to map and identify different invasive species in lakes, is the brainchild of a team of Bishop's University students overseen by Professor Bruno Courtemanche.

"I'm really, really proud of the students," Courtemanche told CTV Montreal. "They did an incredible job working on that from scratch."

Working in tandem with a drone in the air to locate the plants, the electric-powered craft cruises the waters while a small camera takes pictures.

The images are then fed through a recognition algorithm, which works to identify the species of the aquatic plants.

Courtemanche estimates that it will take the drones approximately a week to inventory the plants in the roughly 21 square kilometres of Brompton Lake.

Invasive plant life can be harmful for the native fauna in lakes, increasing water temperature during the day, as well as reducing oxygen levels in the water at night.

"In both cases, it's not so good for the fauna," Courtemanche said.

The drone will allow researchers to build accurate data about the lake's plant life, without the cost of sending a boatload of scientists to gather the data in person.

With files from Caroline Van Vlaardingen