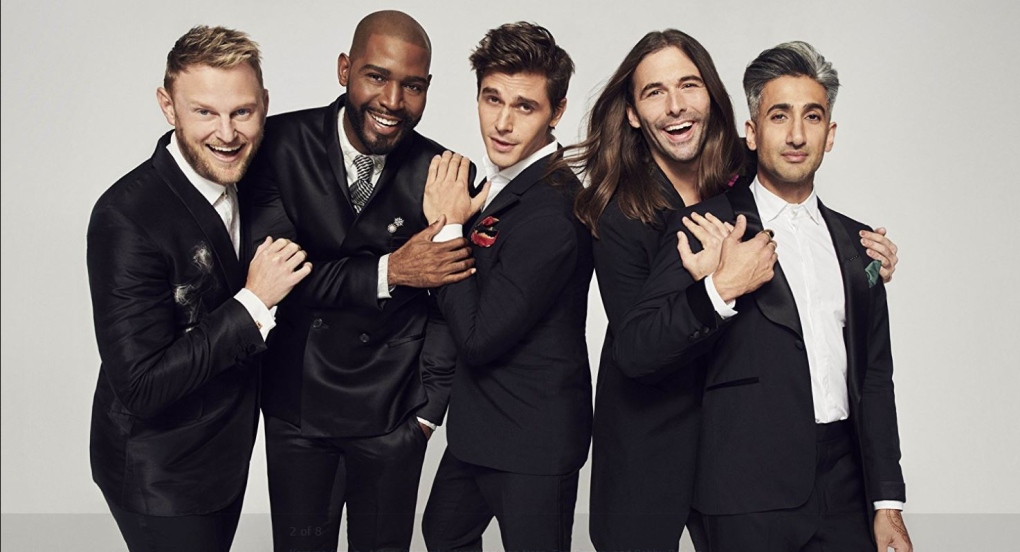 Montreal native Antoni Porowski has come to terms with the idea that "Queer Eye" fans may never see his full culinary prowess.

The show's resident food and wine expert has been criticized in the media for the simple dishes he taught their makeover subjects in season 1 -- from chili and fancy grilled cheese, to gourmet hot dogs and the guacamole he made for Tom Jackson, a beloved bachelor featured on the show.

As the show enters its second season Friday on Netflix, Porowski notes "it's kind of impossible" to show the complexities of his cooking in just the couple of minutes devoted to food tips on each episode.

"At first I was actually a little peeved, because I was like, 'If you only knew that every episode I actually cook three different dishes, three different components for these people,"' Porowski said in a recent phone interview.

"Tom Jackson, I made a salsa that had no nightshades in it because he has lupus -- and all you guys see is the guacamole."

But he now realizes that ultimately, it's not about showing off his skill set.

"It's about showing up for this person and doing what fits their needs and their lifestyle," Porowski said.

"So I remind myself that this isn't a cooking show, it's not about that; it's about imparting some kind of nugget of wisdom or knowledge. I want all of my little tips to make it but it's not necessarily always possible."

Season 2 of "Queer Eye" returns to Atlanta to help eight new people with a lifestyle makeover.

A self-taught cook, Porowski developed a love of international cuisine from his parents, whose worldwide travels inspired diverse home cooking.

He honed his kitchen skills as a student at Concordia University, when he was so broke for a semester, he had to sleep on "10 YMCA towels" because he didn't have a mattress.

He learned he could make elegant dishes like risotto on a tight budget using local ingredients.

"Food doesn't have to be this elitist, pretentious thing, although it certainly can and I love a lot of pretentious dishes," Porowski said.

"But a lot of it is very accessible and enjoyable."

Porowski had the perfect mentor for his role on "Queer Eye": Food Network personality Ted Allen, who was the food and wine connoisseur on the original version of the series.

The two met when Allen was doing a signing for his 2012 cookbook in New York. Porowski lived just across the street from Allen and became his personal assistant, helping with everything from meal preparation to recipe development and food writing.

When Porowski told Allen about the new incarnation of "Queer Eye," Allen put in a good word for him.

"You would think that I would be the one calling him for advice all the time, but he's actually the nosy one calling me asking questions about what's going on," Porowski said.

"He's living vicariously through me now, so I think he's loving it."

Fans pining for more of Porowski's kitchen tips can check out his Instagram account and look forward to his first cookbook. He said it will feature 100 recipes and convey his Montreal and Polish roots along with other ethnic dishes.

And, like "Queer Eye," it will feature recipes home cooks can make on their own.

"It's definitely eclectic but dealing with the rules of things that everyone needs to know -- like how to render fat off of meat, balancing sweet with salty, and just planting seeds and little bits of knowledge in every recipe that people can apply to other recipes," Porowski said.

"I want to encourage people to make the recipe and then also explore their own way of doing it."