More than a thousand protesters opposed to COVID-19 public health measures met in L'Assomption in front of the constituency office of outgoing Premier François Legault Saturday.

The marchers walked from Paul-Arseneau High School, nearly three kilometers from their destination, paralyzing the small municipality’s roads, which only has around 22,000 inhabitants, according to the 2016 census.

The arrival of demonstrators, who were responding to the call of the organizers of the 'Out with the CAQ' convoy, forced Mayor Sébastien Nadeau to put the city on pause, with cultural and sports activities cancelled for the day. 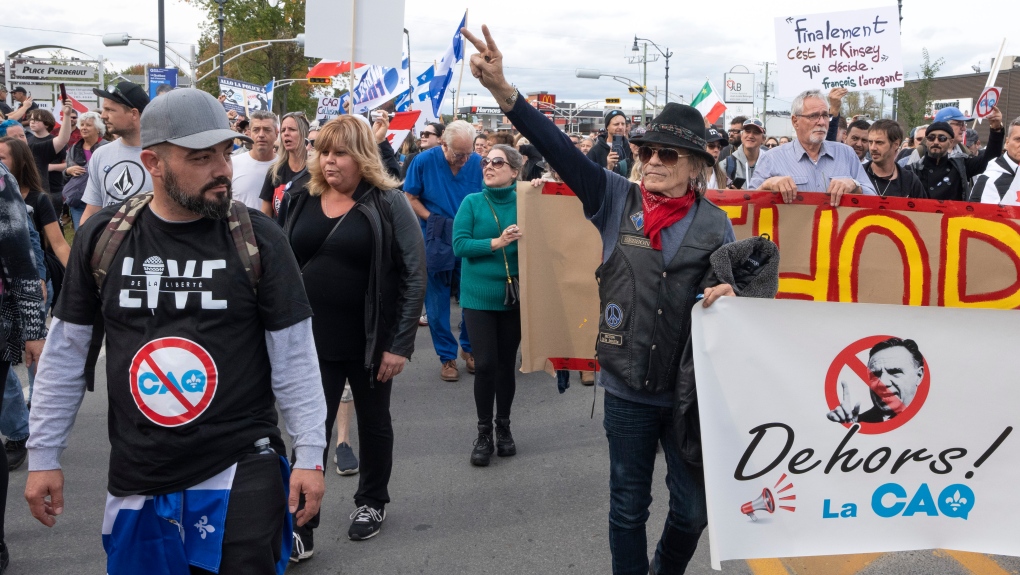 People take part in a protest against the Coalition Avenir du Quebec government of Francois Legault in his home riding Saturday, October 1, 2022 in L’Assomption, Que.. Quebec votes in the provincial election Oct. 3, 2022.THE CANADIAN PRESS/Ryan Remiorz

Demonstrators, whose signs were mostly demanding the departure of the CAQ and François Legault, also paid tribute to the memory of people who died in the CHSLDs. Some also called for mass defunding of media outlets.

“I'm here for one reason only -- the [people who died] in the CHSLDs who were left there all alone, with no one to take care of them because they took away the right to enter. Just that is enough,” said protestor Patrick Gagnon.

Another protestor, Michelle Sergerie, said she was there "for everyone's freedom especially, the right to make our own decisions, whether it's vaccination, whatever.” 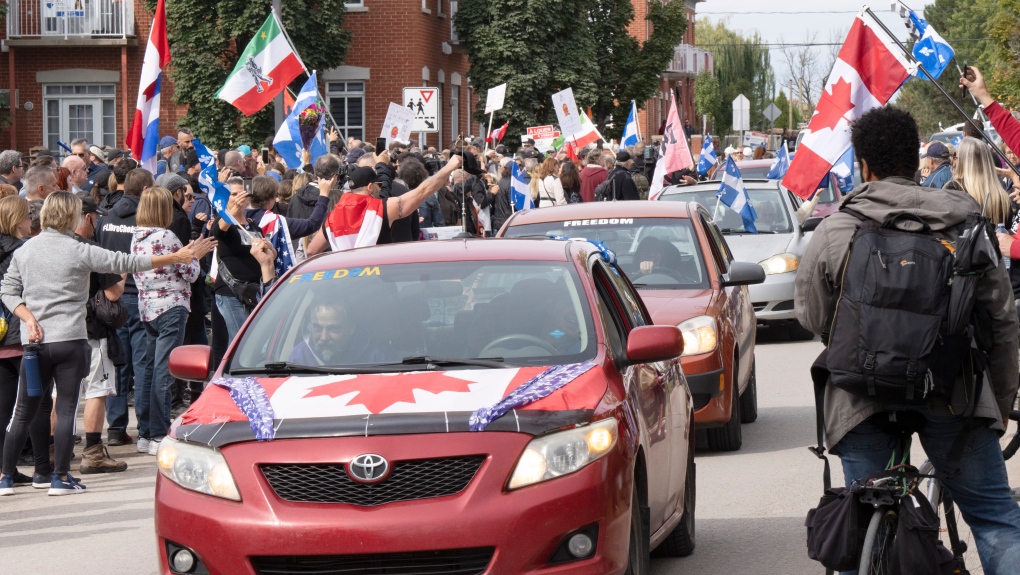 People take part in a protest against the Coalition Avenir du Quebec government of Francois Legault in his home riding Saturday, October 1, 2022 in L’Assomption, Quebec. Quebec votes in the provincial election Oct. 3, 2022.THE CANADIAN PRESS/Ryan Remiorz

“No judgement, whatever decisions we make,” she said. “It's really important that we all stand up for that.”

A large number of police officers were deployed to avoid possible confrontations between protestors and residents.

France to make condoms free for anyone under 25, Macron says

France will make condoms free in pharmacies for anyone up to age 25 in the new year, President Emmanuel Macron announced Friday.