Another week, another heatwave for the Montreal area 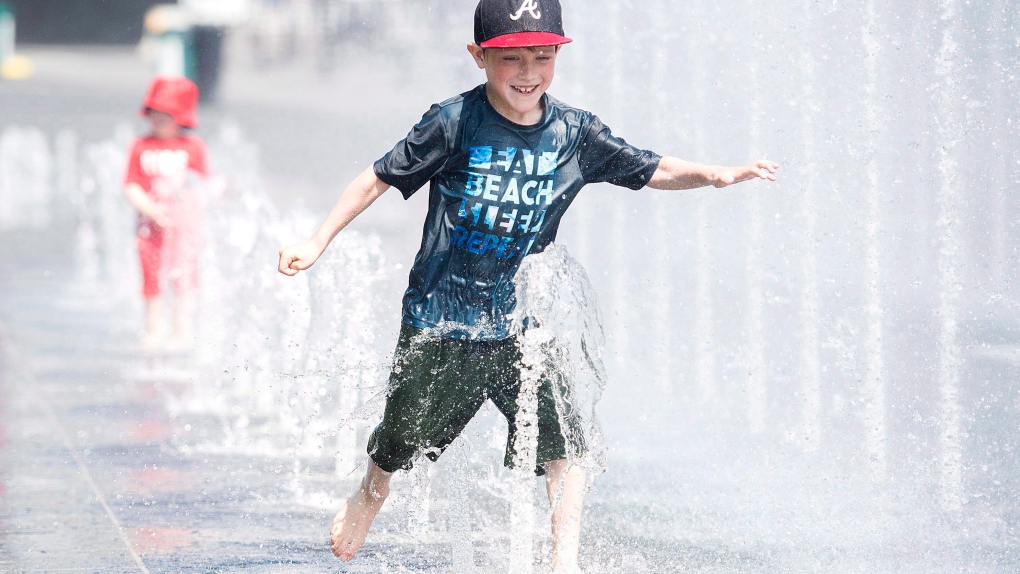 Seven-year-old Samuel Bedard from Quebec City runs through a water fountain as he beats the heat during a heatwave in Montreal. (FILE: THE CANADIAN PRESS/Graham Hughes)

MONTREAL -- Environment Canada on Monday issued a heat warning for the Montreal area and forecast a heatwave that is expected to last through Friday.

The warning is for the Montreal Island, Châteauguay - La Prairie,  Laval and Longueuil - Varennes areas.

The weather agency says that a warm and humid air mass over southern Quebec will cause temperatures to exceed 30C during the days - and stay above 20C during the nights - from Tuesday through Friday, with Humidex values near 40C.

It urges people to check in on older relatives, friends and neighbours and to make sure they are hydrating. It also reminds people never to leave pets or people parked inside vehicles.

The agency issues heat warnings when temperatures reach a level that increases the risk of heat illnesses such as heat stroke or heat exhaustion, the symptoms of which include "dizziness/fainting; nausea/vomiting; rapid breathing and heartbeat; extreme thirst; decreased urination with unusually dark urine."