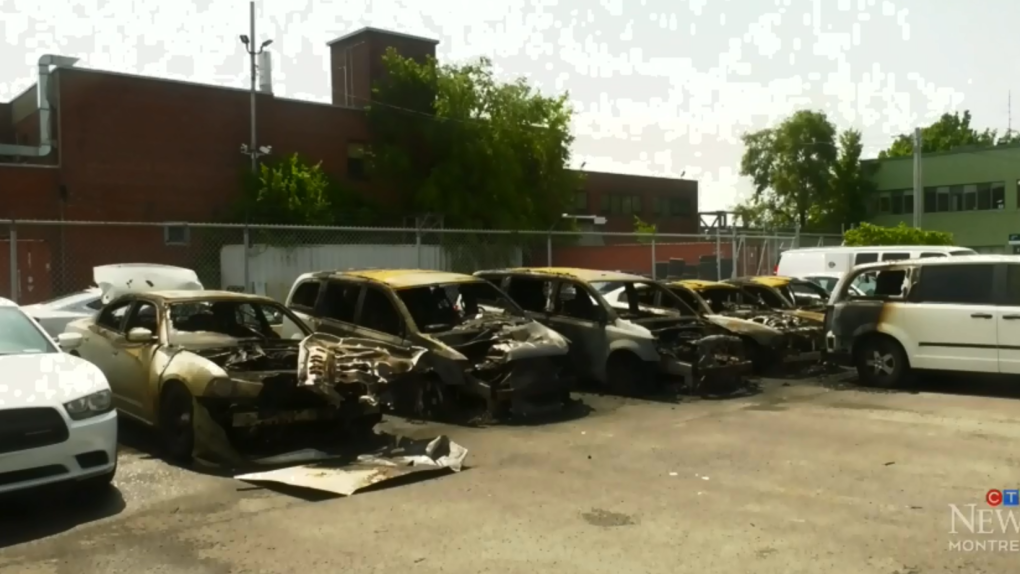 Montreal anarchists have taken to the internet to claim responsibility for torching around a dozen cop cars July 19, 2020.

MONTREAL -- Montreal anarchists took to the internet to claim last week's attack on about a dozen Montreal police cars.

A post signed “anarchists” was anonymously submitted to a website called Montreal Counter-Info, which describes itself as a space for “anarchist and anti-authoritarian news and analysis."

The author detailed the method allegedly used to torch the cars, which they said was chosen to give them enough time to get away while making sure the flames wouldn't extinguish beforehand.

“For a world without the police and the white supremacist order they defend. Solidarity with Black insurgents and everyone else who fights back,” the post reads.

The Service de police de la ville de Montreal (SPVM) said on Friday the investigation will be carried out the same way all others are. The file was handed over to their arson squad from the Montreal fire department given the criminal nature of the event.

The force plans to see if any nearby surveillance cameras caught the attack.

The SPVM says officers responded to a 911 call about the fire at 12:05 a.m. on July 19, at which point they alerted the fire department who put out the flames. The cars were located in a parking lot on d'Iberville St., near Saint-Joseph Blvd. Seven cars are a total loss and three others received minor damage, the SPVM said. The property itself was not damaged.