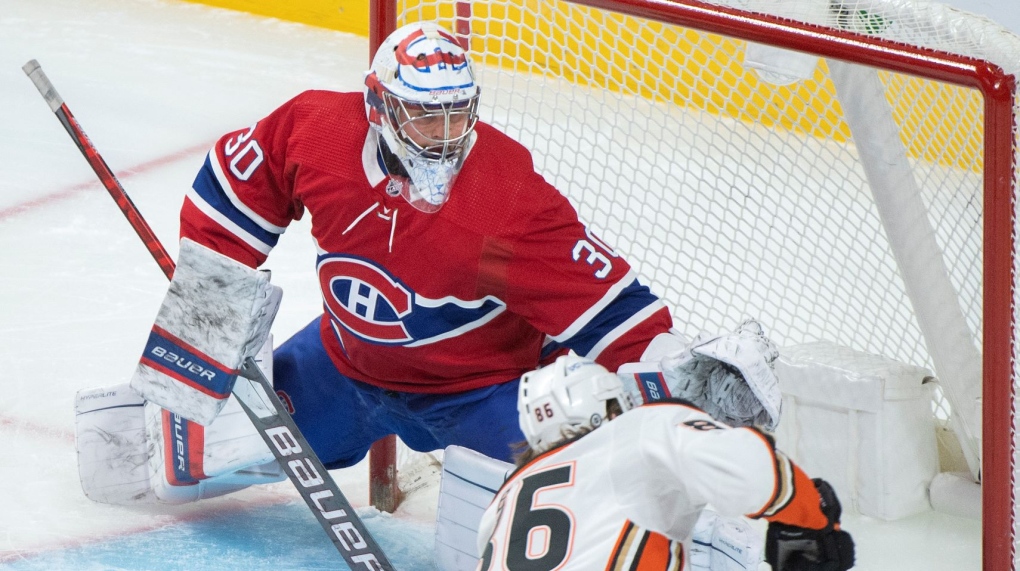 Goaltender Cayden Primeau gave up three goals on just seven shots, Trevor Zegras scored twice, and the Habs lost 5-4 to the Anaheim Ducks on Thursday night in the Montrealers' first game at the Bell Centre in six weeks.

Jake Evans, twice, Artturi Lehkonen and Laurent Dauphin rattled the ropes for the Canadiens (8-27-7), who hadn't lost to the Ducks on home ice since 2014.

In addition to Zegras' brace, Sam Carrick, Cam Fowler and Troy Terry found the back of the net for the Ducks (22-16-8), who rebounded from a 4-3 shootout loss the night before to the Toronto Maple Leafs.

Primeau was pulled for the fourth time in seven starts after 20 minutes of play. Samuel Montembeault, who is recovering from a minor upper body injury, was called upon early in the second period and completed the game with 13 saves.

At the other end of the ice, Anthony Stolarz turned aside 36 shots.

He had taken the loss in all three of his previous starts, including his last one on Jan. 14 against the Minnesota Wild.

This report by The Canadian Press was first published in French on Jan. 27, 2022.

Workers digging through rubble found 200 bodies in Mariupol, Ukrainian authorities said Tuesday, another grim discovery in the ruined port city that has seen some of the worst suffering of the 3-month-old war.