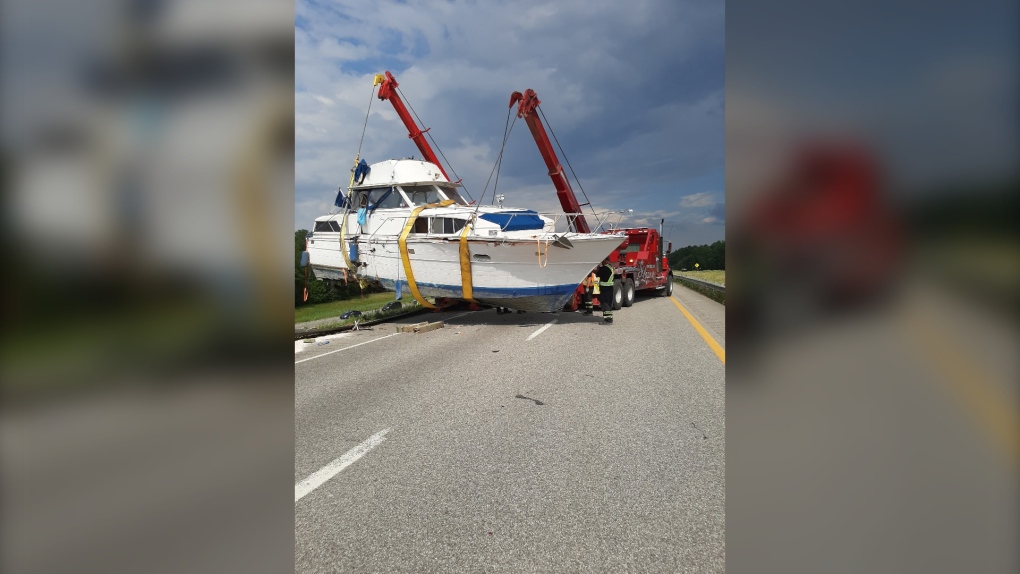 A boat that came unhooked from a tow truck fell on to westbound Highway 40 near St-Lazare around 2:20 p.m., according to Quebec provincial police.

MONTREAL -- By now Montreal-area motorists know to expect the unexpected when driving in and around the city.

And the unexpected was precisely what many motorists came across Tuesday afternoon on westbound Highway 40, west of the city, in the St-Lazare area.

A boat that came unhooked from a tow truck fell on to the Highway around 2:20 p.m., according to Quebec provincial police.

The westbound stretch of the highway is expected to remain closed until the start of the evening rush hour, and possibly later, police said, as workers endeavour to clear the unusual obstruction.

The closing of the highway's westbound lanes had caused traffic to back up around four kilometres as of 4 p.m., according to Transports Quebec.

No one was injured in the incident, police said.