'An absolute shell of himself:' NY Post columnist rips Subban for offensive drought 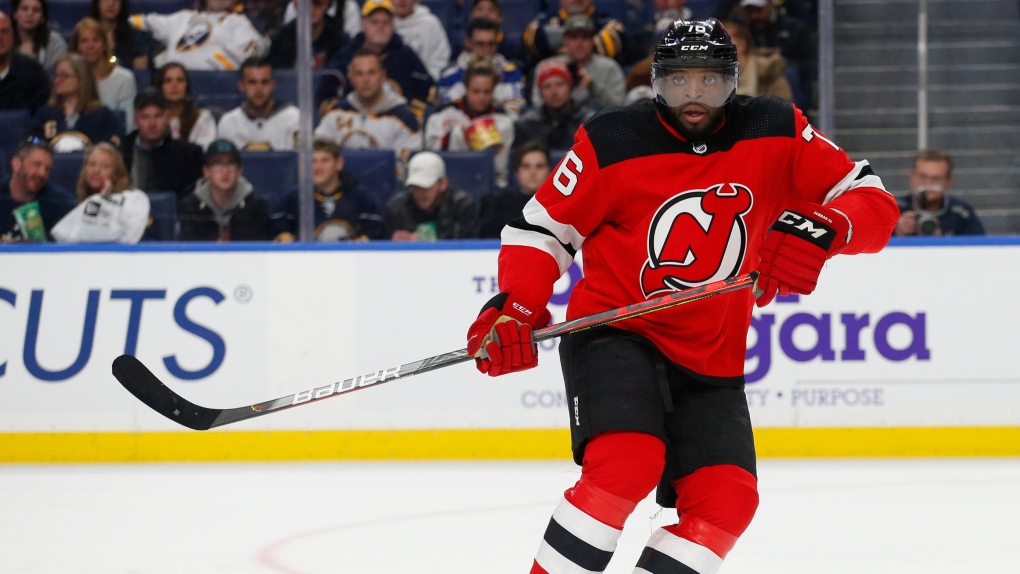 MONTREAL -- P.K. Subban is beloved by many for his outgoing personality and acts of charity but don’t tell that to New York Post columnist Brett Cyrgalis.

On Friday Cyrgalis took Subban to task for his lack of offensive output, saying the New Jersey Devils defenceman “should be embarrassed.”

“He has become an absolute shell of himself on the ice,” wrote Cyrgalis.

So far this season, his first in a Devils uniform, Subban has posted just two goals and three assists and hasn’t scored a point since Nov. 2.

Subban was traded by the Nashville Predators in the off-season.

Cyrgalis bashed Subban for not only failing to score but for engaging in too much self-promotion.

“It is amazing that he has time to practice and play games with all the time he spends posting on social media,” he wrote. “They must let him keep his phone on the bench.”

While Subban has become a fan favourite during career stops in Montreal, Nashville and New Jersey for his charity work, Cyrgalis said he believes the defender is washed up at age 30.

“It should be crystal clear that this has nothing to do with Subban’s charitable work. His $10 million donation to the Montreal Children’s Hospital is still breathtaking, and his visit when he was up there on Thanksgiving was heartwarming. His work continued in Nashville by bringing inner-city kids and police officers together. And surely he is going to positively effect Newark, which could use some love. His devotion to charity is awesome.

“But at this juncture, Subban is hardly a NHL defenseman, let alone an elite one. All the while, he does remain an elite spokesman — just not for the Devils.”