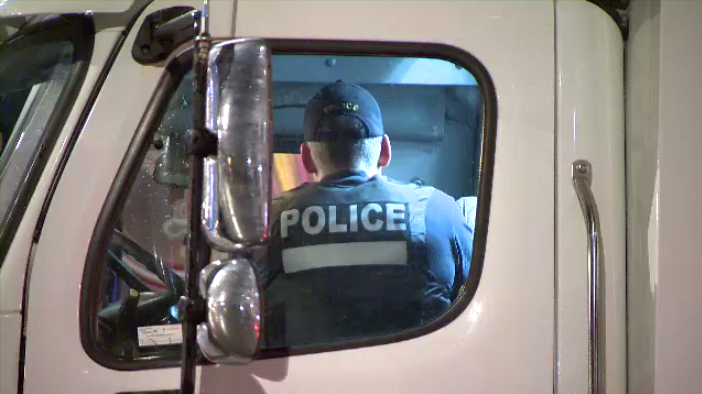 MONTREAL -- Police in Montreal are looking for a driver involved in a hit-and-run collision, in which an octogenarian was killed.

A 911 call around 11:30 p.m. Friday prompted the police to respond to the scene of a collision on Pierre-Dupuy Ave., between the Concorde Bridge and the Bonaventure Expressway, in the Ville-Marie borough of Montreal.

"When the police arrived on the scene, paramedics performed resuscitation manoeuvres on an 82-year-old man, who was subsequently transported to a hospital," said Montreal police (SPVM) spokesperson Caroline Chevrefils.

The victim's vehicle sustained little damage. Four people were in the vehicle, the 61-year-old driver and three passengers, two women aged 68 and 84, and the victim, an 82-year-old man.

"The man attended to by the paramedics was the front passenger, and on impact he was said to have suffered heart failure. Unfortunately, the 82-year-old man succumbed to his injuries," said Chevrefils.

The other people were not injured.

"According to initial information, the fugitive's vehicle collided with the victims' car while exiting and turning from the south to the west of an entrance or a street on Pierre-Dupuy Ave. The low-impact collision caused little damage," she said Saturday morning around 4 a.m. "The suspect vehicle and the driver at fault have still not been located."

No description of the suspect vehicle and its driver was immediately available.

The SPVM investigation is continuing, and an autopsy may be performed on the victim's body to confirm the cause of his death.