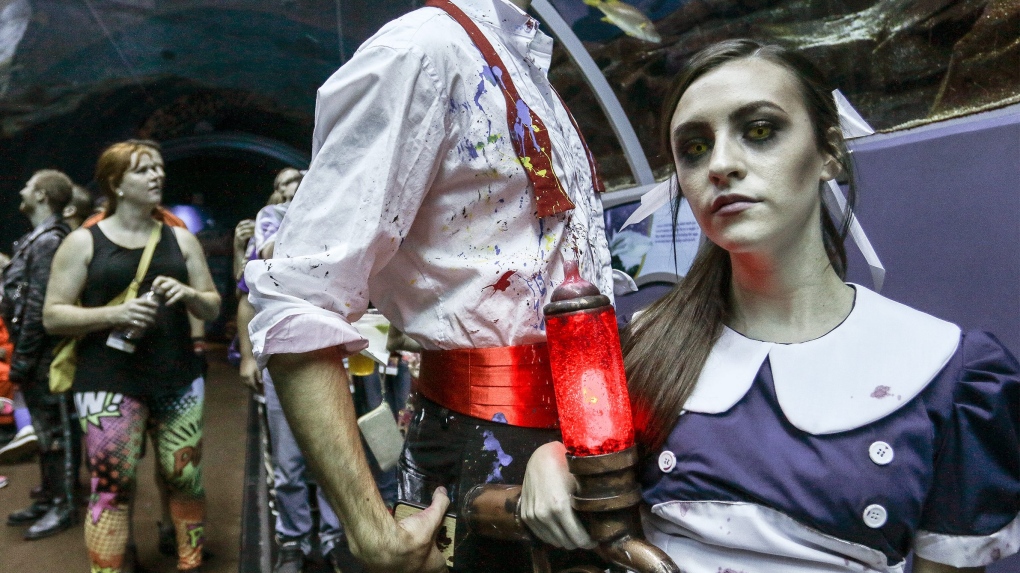 In this Saturday, Sept. 5, 2015, photo, a woman dressed as Little Sister, a character from the popular "BioShock" video game, attends a private party held at the Georgia Aquarium as part of Dragon Con in Atlanta. (Ron Harris / AP Photo)

MONTREAL -- American video game developer 2K is opening its first Canadian office, and it will be in Montreal.

The company, which produces the popular BioShock franchise, will open a studio called Cloud Chamber in Montreal, which will house a Montreal team that will work with colleagues in California on BioShock development.

"We are incredibly inspired and excited by the opportunity to bring BioShock back to its passionate global audience, as well as be the first 2K studio with a presence in Canada," Ken Schachter, studio manager of Cloud Chamber Montreal, said in a statement. "We look forward to building a studio foundation that flourishes in the months and years to come – not only for the gaming industry but the incredible people of Montreal, Quebec and Canada as well."

Montreal Mayor Valerie Plante expressed pride at 2K's decision to open an outpost in Montreal, which has the most robust video game industry in Canada; the sector has seen a 31-per-cent increase in jobs over the past two years, according to Montreal International, which promotes business investment in Canada's second-biggest city.

"The creativity, know-how and innovation that characterize the metropolis continue to attract the best talents and stimulate our economy," Plante said. "As the country's leading video game production centre, Montréal has been shining for many years thanks to the creative genius of its workers."