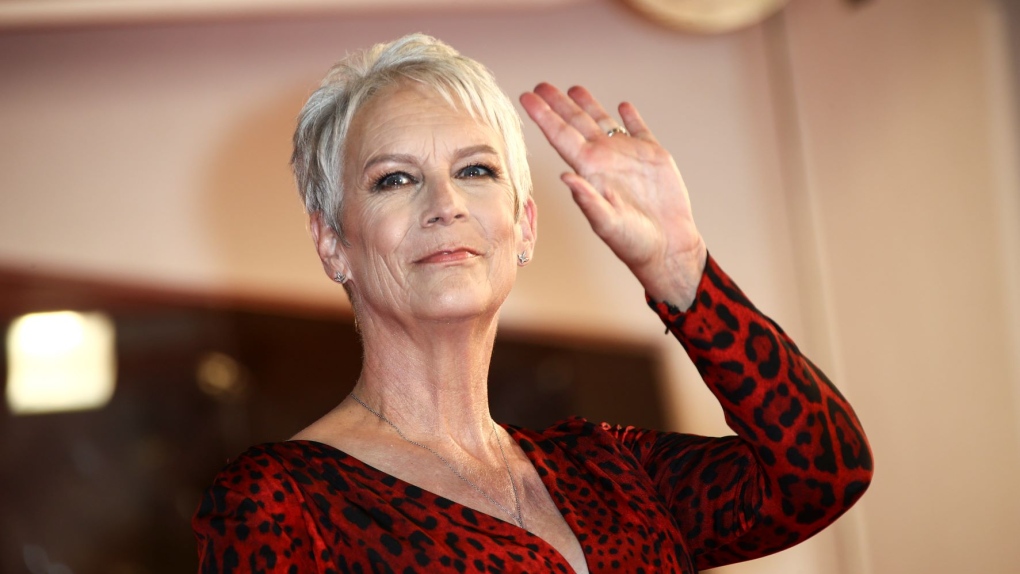 Jamie Lee Curtis poses for photographers upon arrival at the premiere of the film 'Halloween Kills' during the 78th edition of the Venice Film Festival in Venice, Italy, Wednesday, Sept. 8, 2021. (Photo by Joel C Ryan/Invision/AP)

Amazon Studios is teaming up with Hollywood actress and filmmaker Jamie Lee Curtis to produce a new comedy series based on the most Canadian heist ever.

"The Sticky" is set to be filmed in Montreal this fall and is based on the real-life heist of 2,700 tonnes of maple syrup from a warehouse in Saint-Louis-de-Blandford, in the Quebec City region.

The criminal operation made headlines around the world and resulted in the arrest of 16 people after 9,500 barrels of maple syrup were stolen between 2011 and 2012. The stolen sap was worth an estimated $18 million.

The half-hour English-language series will be set in Quebec and will be co-produced by Curtis' Comet Pictures and Blumhouse Television for the Amazon Prime streaming platform.

The storyline revolves around the main character, Ruth Clarke, a middle-aged maple syrup farmer "who's had it with being hemmed in by the polite, bureaucratic conventions native to her country's identity," reads a news release from Amazon.

"Especially now that that very bureaucracy is threatening to take away everything she loves: Her farm, her comatose husband, and her right to freedom. With the help of Remy Bouchard, a pint-sized local blockhead and Mike Byrne, a low-level mobster, Ruth changes her fate—and transforms the future of her community with the theft of millions of dollars' worth of maple syrup."

The show's creators are also teaming up with Montreal-based Sphère Média Plus for the Canadian series.

"The Sticky is a unique story that can only be set in Quebec and a crime caper that we think audiences around the world will enjoy," said producer Chris McCumber, president of Blumhouse Television, in the release.

"Not only did it make total sense to partner with Amazon Studios' development team in Canada, but Canada has some of the best talent working in front of and behind the camera."

Last month, Canada's highest court ruled that one of the ringleaders of the infamous heist, Richard Vallières, must pay $9.1 million fines after being found guilty of fraud, trafficking and theft.