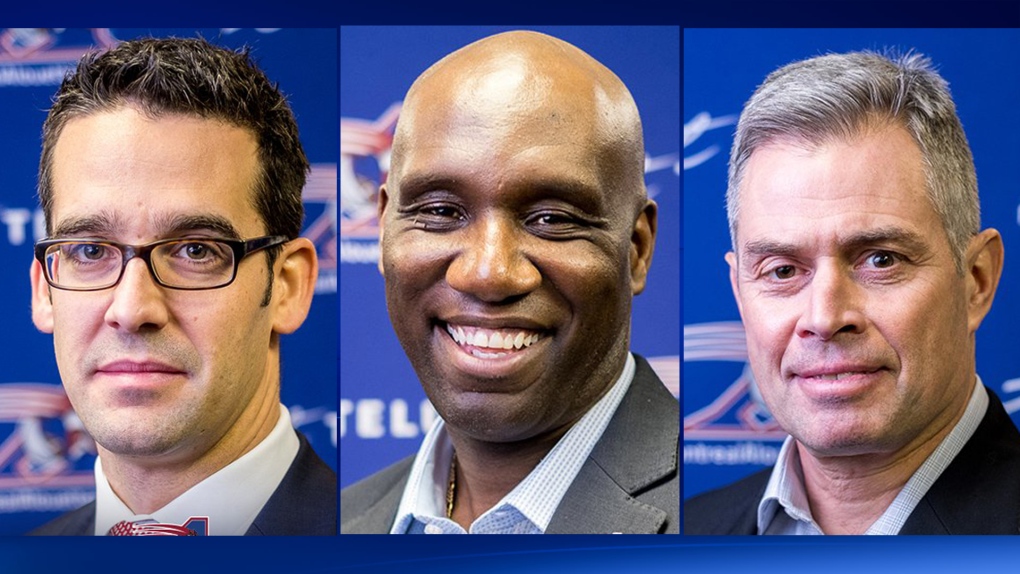 The Alouettes have named Patick Boivin as new President and CEO, Kavis Reed as General Manager, and Jacques Chapdelaine as head coach

The Alouettes have three new men leading the team.

Patrick Boivin is the new president and CEO, Kavis Reed is the General Manager, and the Alouettes have named Jacques Chapdelaine as the new head coach.

Chapdelaine took over the role on an interim basis in September when Jim Popp was relieved of that duty.

The Alouettes won just six games and lost 15 during the two partial seasons Popp was coach.

Popp, who had been the team's General Manager since the team came to Montreal 21 years ago, gave up that position in November.

His replacement in that role is Reed, who has been with the Alouettes since 2013 as a special teams coordinator.

Reed played for the Edmonton Eskimos from 1995 to 1999 until he suffered a career-ending neck injury, then became their head coac from 2010 until 2013.