Tyrice Beverette's 100-yard interception return turned the tide as the Montreal Alouettes kept their hopes of making a run at top spot in the CFL's East Division with a thrilling 25-18 victory over the hapless-at-home Edmonton Elks on Saturday.

The Alouettes won their third game in a row and fifth of their last six and improved to 7-7, at least temporarily two points back of Toronto.

Edmonton set a CFL record for most consecutive home losses at 15, having failed to win at Commonwealth Stadium since Oct. 12, 2019. 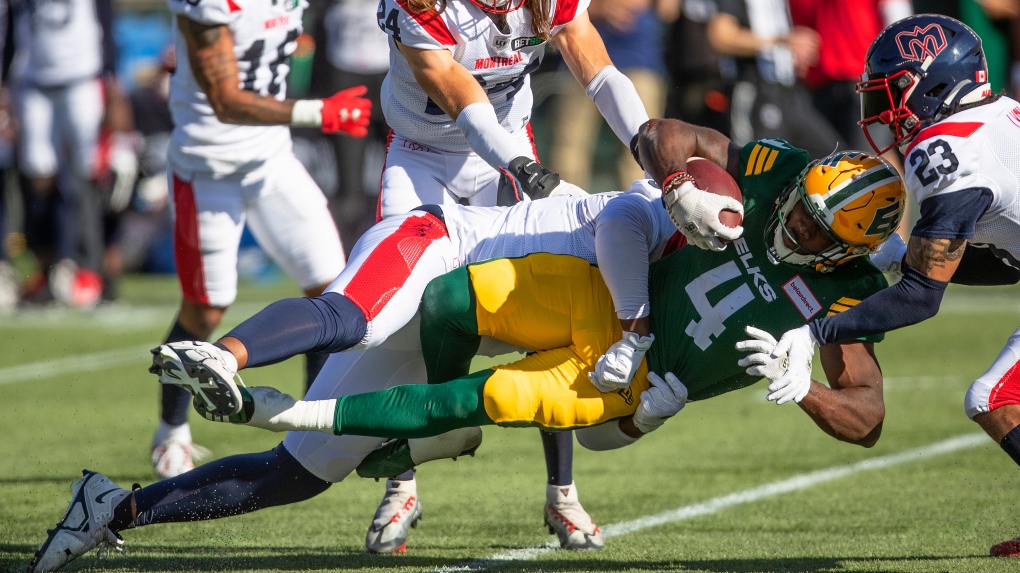 The Elks got on the board first off their initial possession with a 26-yard Sergio Castillo field goal.

The Alouettes responded quickly with a one-yard plunge into the end zone from backup QB Dominique Davis.

After the Elks got a punt single, Montreal extended its lead when Eugene Lewis reeled in an eight-yard pass with a nifty one-arm catch on a pass from quarterback Trevor Harris three minutes into the second quarter.

The Canadian branch of human rights organization Amnesty International says it was the target of a cyberattack it believes was sponsored by the Chinese state.

Critical injuries in plane crash on Highway 401 near Cornwall, Ont.

Two occupants of a small plane were seriously injured when it crashed into the Highway 401 median near Cornwall, Ont. Monday night.

Canada's auditor general is expected to release two highly anticipated reports on the government's handling of the COVID-19 crisis in 2021, including access to vaccines and pandemic benefits.