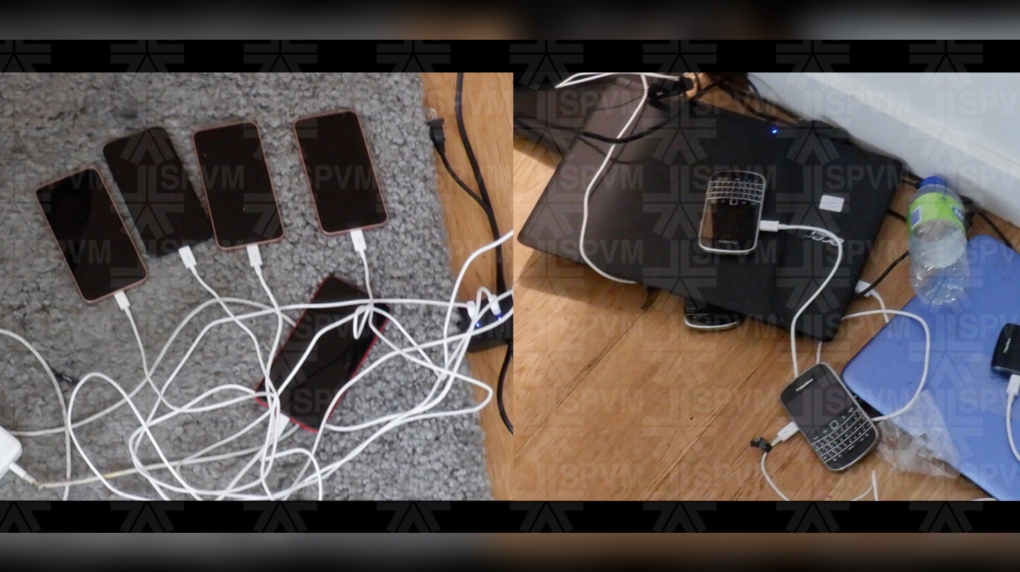 MONTREAL -- Montreal police say they have arrested two alleged fraudsters who were operating an automated call centre inside a downtown residential condo.

The pair, a man and woman both 24 years old, allegedly sent fraudulent text messages to thousands of people in order to obtain personal information. The technique is known as SMS phishing, or ‘smishing.’

Police seized 50 cell phones, 40 SIM cards, seven laptop computers and several routers. All of the seized material is currently undergoing a complete expertise, after which charges will be laid, police said in a news release Thursday.

The alleged fraudsters targeted customers of large companies by pretending to be them over text messages.

The suspects allegedly succeeded in obtaining numerous pieces of personal information from their victims and then used this information to commit fraudulent transactions totalling over $170,000.

The investigation is ongoing to determine the scope of the crime, police said.

Police are reminding people to be vigilant about fraud schemes and offered the following prevention tips: