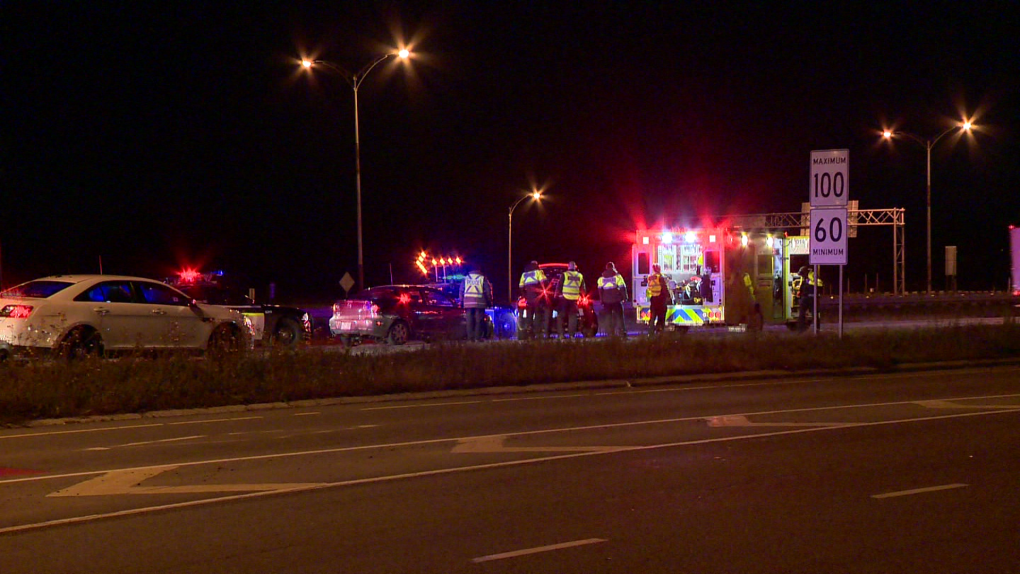 A short police car chase ended with a woman in her 20s being transported to the hospital in an agitated state. Charges may be pending for impaired driving. (Cosmo Santamaria/CTV News)

MONTREAL -- Alcohol or drugs may have been a factor in a brief police chase in Laval that ended with the arrest of a woman in her 20s.

Quebec provincial police (SQ) got a call at 2:45 a.m. Friday morning about a car driving on the shoulder on Highway 440 East in Laval, according to SQ spokesperson Catherine Bernard.

Bernard said the car sped away when officers began pursuing approached, but eventually stopped around Pie IX Blvd. after about a four-kilometre chase.

Police say the woman in her 20s was agitated and required transport to the hospital.

Officers are in the process of obtaining a warrant for a blood sample, as they suspect she was impaired by alcohol or drugs.

She was arrested for impaired driving and charges are pending.