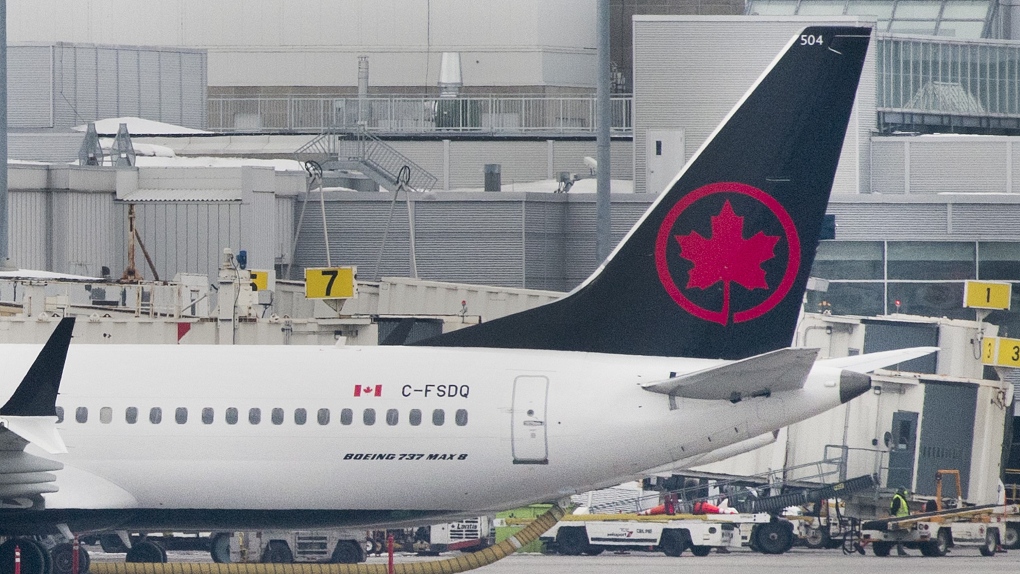 An Air Canada Boeing 737 Max 8 aircraft is shown next to a gate at Trudeau Airport in Montreal on March 13, 2019. Air Canada says it is removing its grounded Boeing 737 Max jets from service until at least Feb. 14 in order to provide more certainty for passengers with summer travel plans. THE CANADIAN PRESS/Graham Hughes

MONTREAL -- Air Canada is keeping the Boeing 737 Max off its flying schedule until Feb. 14, citing "regulatory uncertainty" that will affect thousands of passengers.

The country's biggest airline had earlier scrubbed the 24 jetliners from schedules until Jan. 8.

Boeing has said it expects federal authorities to greenlight software changes to the bestselling aircraft in the fourth quarter, but regulators say they don't have a set timeline.

The delayed return of Air Canada's Max 8s comes after authorities across the globe banned the plane from the skies in mid-March following two fatal crashes in five months.

Chief commercial officer Lucie Guillemette says the extension until Valentine's Day will give Air Canada "scheduling predictability" as it rolls out its new reservation system.

The airline says it will lease two more wide-body aircraft at least through March Break to help compensate for the absence of the Max planes, which make up about 20 per cent of Air Canada's narrow-body fleet and would typically carry about 11,000 passengers per day.

WestJet announced in September it was removing the 737 Max from its schedule until Jan. 5.

This report by The Canadian Press was first published Oct. 16, 2019.