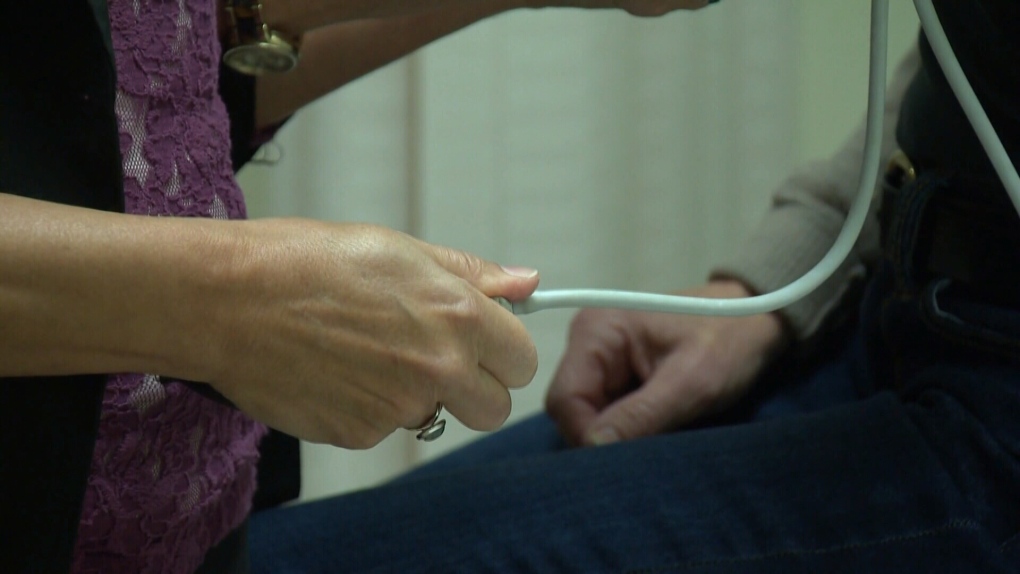 Family doctors may have rejected it outright, calling for its withdrawal, but they will now have to deal with a new bill passed Tuesday that heralds a new tug-of-war between Quebec and its doctors.

Bill 11, spearheaded by Health Minister Christian Dubé, aims to increase the supply of front-line services by revising the schedules of general practitioners, who will be asked to make time slots available to see more patients.

However, there is no constraint under the bill, nor any specific target, for the number of time slots that must be made available. It also contains no penalty for not doing so.

The Fédération des médecins omnipraticiens (FMOQ) said on Tuesday it's upset and that its members feel "attacked" by the province.

The federation described the government's approach as a "slap in the face" to its members and said it has been asking the minister to back down in recent months, to no avail.

According to the FMOQ, the new law, which it called totally useless, won't solve the long-term problems around access to a family doctor.

Dubé introduced the bill in November. It is fairly technical, with a plan to use a management platform for making medical appointments.

The goal is that an "orphaned" patient with no family physician will be able to see a doctor or a health professional within 36 hours. The online system will be managed by the province's Family Medicine Groups (FMGs).

1.5 MILLION QUEBECERS HAVE NO DOCTOR

When the Legault government took office in 2018, there were 400,000 orphaned patients in Quebec.

In 2018, during the election campaign, Legault pledged to guarantee a family doctor to all Quebecers before the end of the mandate.

Four years later, however, the situation has gotten much worse. It is estimated that about 1.5 million Quebecers currently don't have a family doctor.

Bill 11 also aims to provide, on a local and regional basis, detailed data on medical practice and workforce planning, which the government says will allow it to plan service delivery better and understand the needs for a bigger physician workforce.

If doctors' expected collaboration doesn't materialize in the next few months, Dubé said in November, when the bill was tabled, he would reserve the option to move on to "another step," without giving details of the nature of that "step" -- which would come in a possible second mandate, if the CAQ wins again this fall.

Quebec authorities have long said that they believe that too many family doctors are taking on too few patients.

Doctors, for their part, have explained that work-life balance is different than in the past, especially as men and women take on more equal childcare and housework duties at home.

They've also said that patients today want more time per visit with their doctors, often coming better-informed to visits and wanting a more collaborative approach to their care, whereas in past decades patient visits would often take just a few minutes each.

The FMOQ has also repeatedly pointed out that the average family doctor is already working 45 hours a week, forced by the government to diversify their practice outside the office by going to hospitals and CHSLDs.

Some have teaching duties as well. It is also worth noting that one in four physicians is over 60 years of age, an age when many consider reducing their hours of work, not increasing them.

Last year Legault added fuel to the fire, threatening to introduce legislation that would force doctors to take on at least 1,000 patients each.

He set the tone by stating that he had the names of physicians who didn't meet this minimum standard, based on a list obtained from the Régie de l'assurance maladie du Québec (RAMQ).

The FMOQ did not appreciate the premier's tone, it said. Legault also found himself in hot water over obtaining such a list at all, which should not have been accessible to him.

The problem of access to doctors is not new. In 2015, former Liberal minister Gaétan Barrette passed Bill 20, which provided for financial penalties of up to 30 per cent of remuneration if physicians defied the government's dictum by not meeting its work targets.

In the end, the Couillard government backed down and the penalties were not applied.

On Tuesday, Dubé said his new law "will promote interdisciplinarity between professionals in the network by decompartmentalizing practices."

Doctors will also have to go through the new online access window to take on new patients in their office.

This report by The Canadian Press was first published in French on May 31, 2022, with files from CTV News.