After businessman floats $20 minimum wage, Quebec minister says no, but a hike is coming 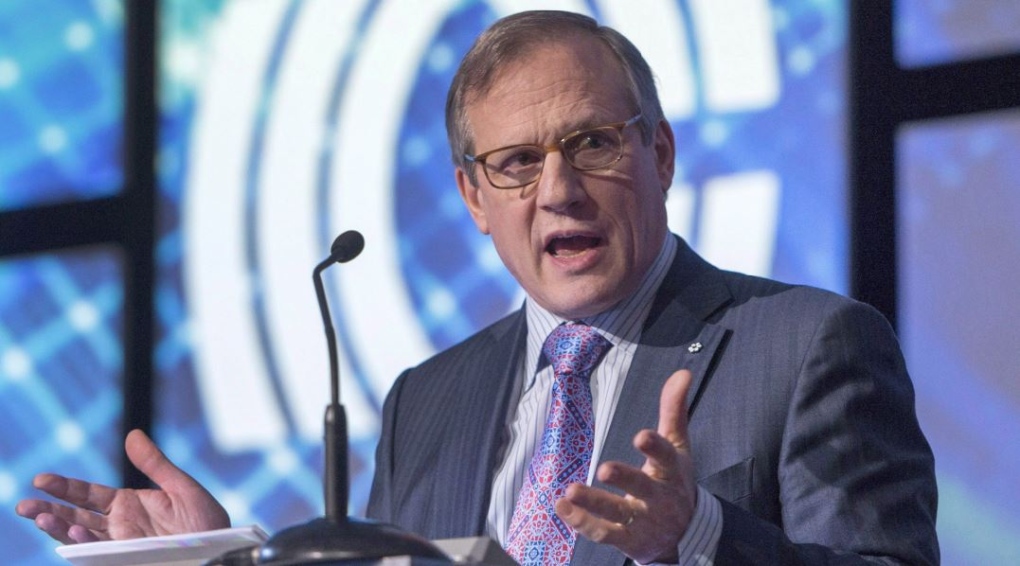 Louis Audet, chief executive of Cogeco Communications, speaks to shareholders at the company's annual meeting Wednesday, January 13, 2016 in Montreal. Louis Audet is stepping aside as president and CEO of the Cogeco cable and broadcasting companies founded by his family, and will be replaced by Philippe Jette on Sept. 1. (THE CANADIAN PRESS/Ryan Remiorz)

With that, the Legault government closed the door to a proposal from the chairman of Cogeco's board of directors, Louis Audet.

He advocated the measure of "social justice" as a way of reducing income disparities.

In a press scrum Wednesday in the National Assembly, Boulet dismissed an increase that would send the current hourly rate on a jump of almost 50 per cent, from $13.50 to $20.

Legault has set himself the goal of reducing the wage gap with Ontario's average wage, but it will not be by increasing the minimum wage, said Boulet.

"We must go there gradually," said Mr. Boulet.

If the hourly rate suddenly goes to $20, "there would likely be layoffs," he said, because companies wouldn't be able to pay.

He also said there could be an increase in the dropout rate among students who would be attracted to leaving school to go straight into the job market.

"You have to be careful," he said

Boulet nevertheless hinted at a "significant increase" in the minimum wage next May due to the current upward pressure on wages.

He said he wanted to reminded reporters that the current calculation mechanism to set the minimum wage provides that it must equal 50 per cent of the average hourly rate in Quebec, which he said is currently around $26 to $27.

This report by The Canadian Press was first published in French on Oct. 27, 2021.