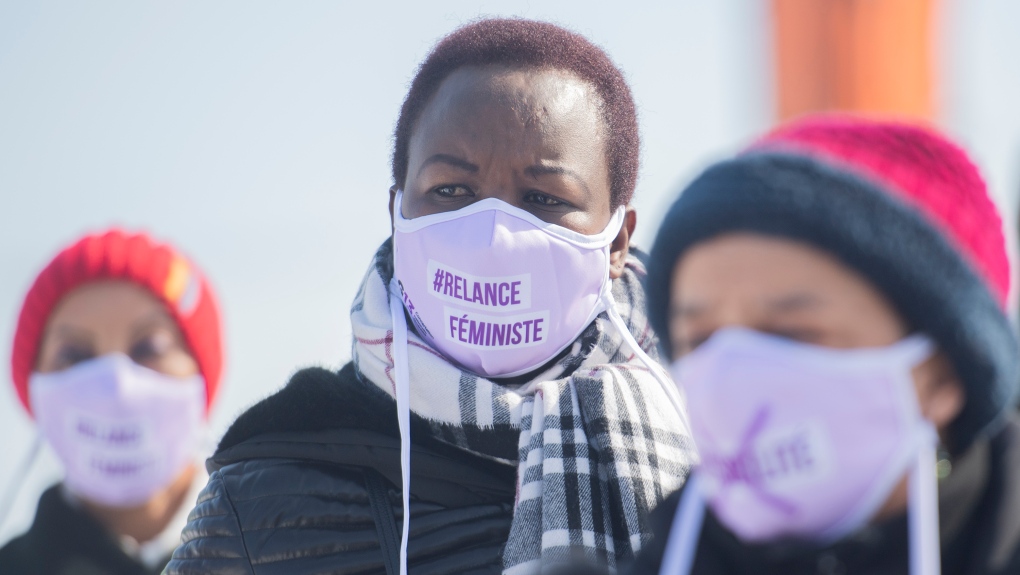 Women attend a news conference in Montreal, Sunday, February 28, 2021, highlighting the lack of social housing and its effect on women and children who are victims of domestic violence. THE CANADIAN PRESS/Graham Hughes

MONTREAL -- Faced with the rise in cases of domestic violence during the COVID-19 pandemic in Quebec, community organizations are calling for investments in social housing in the next provincial budget.

According to the coalition, only 66 per cent of women who left second-stage shelters found housing that suited their financial resources.

FRAPRU is calling for the construction of 50,000 social housing units in five years.

The coalition is also calling for the opening of 106 units in second-stage shelters, which are awaiting approval.

The coalition says that in 2019-2020 alone, the refusal rate of requests for accommodation with Alliance MH2 houses was 75 per cent in Montreal and 37 per cent in other regions. Some areas were not even served.

The MH2 Alliance emphasizes that it has been waiting for these new units for a year and a half, a delay that it considers "absurd."

"When a government deploys a strategic plan to fight domestic violence and develop a network of shelters, it will be three years this summer since this plan was tabled, it is time to act," said MH2 alliance political coordinator Gaelle Fedida. "The needs continue to grow with the housing shortage, the pandemic, the precariousness of Quebec society and even moreso with women," added FRAPRU's Celine Magontier. "Social housing is being implemented in a trickle, it is unacceptable and (the government) must take responsibility."