MONTREAL -- Demonstrators were back in front of the prime minister's riding office in Montreal demanding a firm commitment from the federal and provincial governments for asylum seekers working on Quebec's COVID-19 front lines.

A few hundred -- in cars, on bicycles or on foot -- met in front of Justin Trudeau's Montreal office on Saturday, a second demonstration by the group Standing for Dignity in the past two weeks.

Demonstrators honked their horns and displayed their solidarity as they walked along the streets that create the borders of Trudeau's riding of Papineau.

Following the demonstration two weeks ago, Quebec Premier Francois Legault asked the province's Immigration Department to assess each request to determine if they could be eligible for a path to citizenship as immigrants instead of through the federal refugee system.

Wilner Cayo, head of the group advocating on their behalf, said the case-by-case approach is still tinged with the "logic of exclusion." 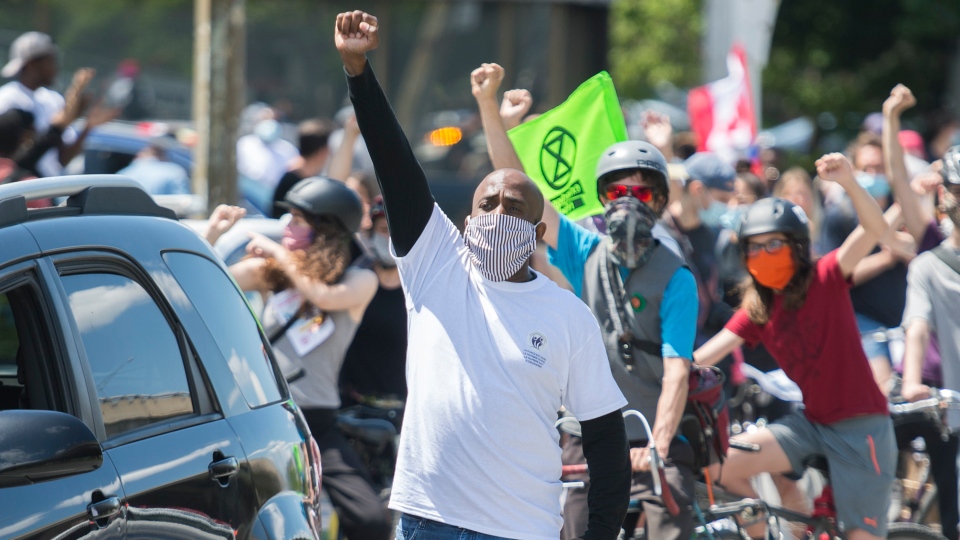 "We are asking for an extraordinary measure to accommodate all essential workers seeking asylum," Cayo said. "It's a question of humanity, fairness, justice -- these people are paying a heavy price, they are contributing to this war effort."

Cayo noted these people are doing jobs that are deemed essential during the pandemic and difficult to fill.

But other advocates have also said those in the same situation working in other essential services such as food-processing or security aren't being given the same treatment.

Interim Parti Quebecois Leader Pascal Berube said the province has a duty to recognize those who helped during the pandemic.

But he supports the Coalition Avenir Quebec government's approach to assessing cases individually and said he wouldn't support an emergency measure for all asylum seekers involved in essential jobs.

"It is not automatic," Berube said. "I think the first step that has been taken is a step in the right direction because the cases are not all the same."

There are no precise figures on the number of asylum seekers working in long-term care homes, but some advocates have estimated they number several hundred.

This report by The Canadian Press was first published June 6, 2020.